If you’re a comic book aficionado, you’re probably familiar with Ron Marz. He is recognized for his work on Silver Surfer and Green Lantern– he created the iconic Kyle Rayner. Some of his other works include:  The 90s DC vs. Marvel crossover, Witchblade and Samurai: Heaven and Earth. Ron lets us in on how he got his big break in comics, his style of writing, future projects and what he’ll be doing at NAICCON 2019.

KB: The range of work you’ve done (and continue to do) is—and we have no other term for it—damn impressive. As a multi-genre creative professional what do you prefer working on?  Superhero fiction, sci-fi, historical adventures? What’s your fave genre?

RM: Honestly, I don’t really have a favorite, I like working in all of them. I like telling different kinds of stories, because it keeps me interested as a storyteller. Stories are like a buffet; I want to try every flavor.

KB: How does writing comic books compare to the other types of writing you’ve done? Like, what aspects do you have to prioritize or take into consideration when writing comics verses newspaper writing, copyediting novels?

RM: Comics are a visual medium, so first and foremost, I write my scripts to be as visually interesting as possible. In other words, I try to write my scripts so as to give the artist the best opportunity to make exciting pages. Obviously in journalism or prose, that’s not something you’re considering, because there’s no art. The job in writing comics is to fit your story into the allotted pages, and make them as visually exciting as possible.

KB: How did you go from writing for a daily paper to working on comic books?

RM: It was all through the grace and kindness of Jim Starlin. I’m friends with Jim, and years ago when I was working at the newspaper, Jim asked me to copy-edit his first prose novel. He liked what I did well enough that he suggested I think about writing comics. He showed me the ropes, co-wrote my first few jobs with me, and introduced me around at Marvel. I’ve been writing comics ever since.

RM: Yes, Jim and I have been friends for years. When we lived closer to each other, about five minutes down the road from each other, we saw each other all the time, played racquetball, volleyball, went to dinner. Now we live about an hour from each other, so we don’t see each other as often, but we still get together whenever we can.

KB: Kyle Rayner. Iconic. Where did the inspiration for him come from?

RM: When DC offered me Green Lantern, editorial said they wanted me to create a new lead character. So I wanted to come up with a character who was different from the Green Lantern who already existed. I drew inspiration from the Everyman archetype, so we would have someone who needed to grow into the hero role, someone the readers could see themselves reflected in. Kyle is definitely cut from the Peter Parker cloth, someone who has to worry about being a hero, paying the rent, and if he has a date for Saturday night.

KB: How involved are you in the visual representation of what you’ve written?

RM: It’s a collaboration with the art team, of course. I try to write my scripts so that the art team has an opportunity to show off and create some appealing pages. But ultimately, the artists are the ones who bring that magic. It’s the best part of the job.

KB: You worked on the 4-issue mini-series DC vs Marvel in the 90s. What was that like? Is it the fondest memory of your career? (If not, what is?)

RM: It was the kind of story everyone wants to tell from the time they’re 10 years old. Just so much fun. I have a great many fond memories, but really, the best thing to come out of my career is the friendships with other creators and comics people. My best friends in the world make comics. 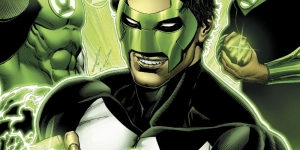 KB: What’s it like collaborating with other comic writers and artists? Do you find that their art can influence the direction of the story?

RM: Absolutely. One of my jobs as a comics writer is to give the artists I work with something they’re excited about drawing. I love the collaboration, I love the back and forth between writer and artist, so we can create something that neither of us could do solo.

KB: Which one of your indie comic books would you love to see on TV / the big screen and why?

RM: I think it would be between my Samurai adventure, “Samurai: Heaven and Earth,” and my Japanese vampire story, “Shinku.” I know I’m not an unbiased source of opinion, but I think they would both translate quite well.

KB: Why did you take a break from writing your blog Messages from Marz?

RM: Too many comics to write! But a big part of the industry is promotion and I need to get back to it. Hopefully later this year I’ll get a completely revamped personal website up.

KB: You’ll be leading a comic book writing workshop at NAICCON. Can you give us a little brief of what you intend to address here?

RM: Obviously we’ll get into the creative process of actually making the comic, the real details of how that works. But I also want to talk about getting your work in front of an audience. Unlike film or TV, you can get together with a few people, make your comic, and put it online in a very short amount of time. It’s very much a pipeline that goes directly to the audience. That’s hugely useful, especially in an emerging market.

KB: Are you surprised by how big the comic book fan base is in Nairobi?

RM: Yes and no. No, because comics are spreading everywhere worldwide. I’ve been fortunate to visit conventions in a lot of places, including India, South Africa, Uruguay, Europe, New Zealand. There’s always a core comic audience. And yes, because Nairobi isn’t the first place that springs to mind when you think about comics hotbeds; I’m really excited to experience it myself.

KB: The year is 2019, Sara Pezzini from Witchblade meets Wonder Woman in NYC and they bond over lassos and gauntlets. Shuri is in the Bronx opening a new outreach centre. She gets contacted by Nakia who’s in Nairobi fighting Misogybeast, a super-villain responsible for the recent wave of femicide in the city. Shuri bumps into Sara & WW and invites them to Nairobi to kick Misogybeast’s ass. And thus the Femileauge is born! Humor me, am I on to something here? Do I have a budding career in comic book writing or should I just stick to cabbage farming?

RM: I like it! But I suspect you’d be hearing from Marvel and DC and Top Cow’s lawyers! 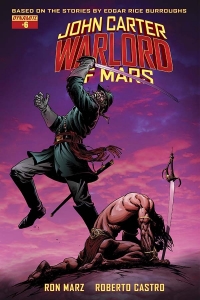 KB: Tell us a bit about Ominous Press

RM: Ominous Press is the publishing company I’m part of, and where I serve as the editor-in-chief in addition to writing comics. We have a pretty eclectic slate of books, including things like the “Dread Gods” and “Demi-God” series, the “Beasts of the Black Hand” graphic novel, Jim Starlin’s “Dreadstar” Omnibus volumes, and a lot more. It’s great to have an imprint where we can publish things we really believe in. Lots more to come.

KB: What else are you working on right now that you’re excited about?

RM: In addition to the Ominous stuff, I’m just finishing up my run on “Turok” for Dynamite, I’ve started on two more series that are not announced yet, and I have two original graphic novel projects on my desk, neither of which have been announced.

KB: You’ve probably been asked this 99999999 times but we’ll ask for the 100th million time. Things might have changed since you last answered. Do you have a favorite and least favorite comic book that you’ve worked on with while with DC & Marvel? What I’m asking, in a very roundabout way, is…Marvel vs DC.  No pressure.

RM: I think in general, Marvel and DC are pretty similar, in that they are large corporations with amazing libraries of characters across a bunch of different media platforms. Ultimately, you are serving those needs, which is a great gig. I think the real difference is the particular editor you’re working with. When you find an editor you click with, you stick with him or her, because that helps you do your best work. 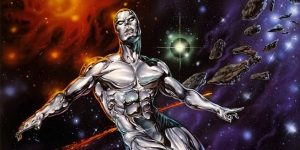 Tough one but Kurtzman has few equals.

‘We all need a therapist’: Nancy Kabiru on Investing in Our Mental Wellbeing

RADA App, the Student-Developed Platform That Is Bringing Help Closer to Young People