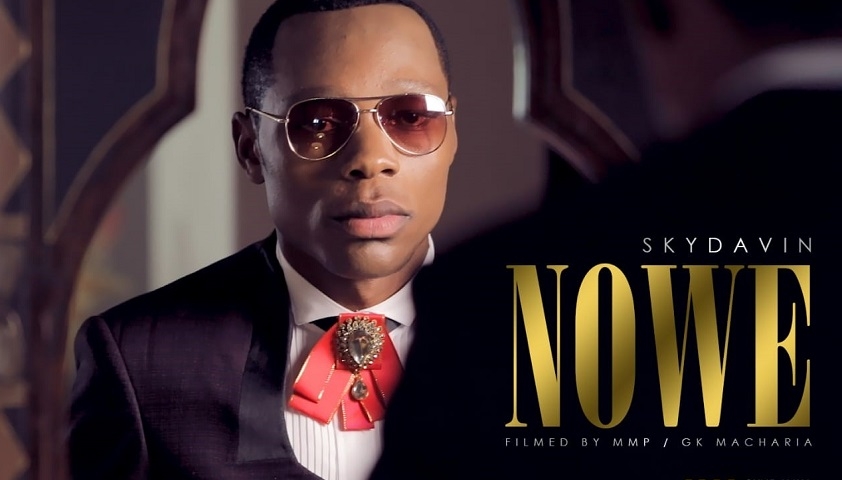 KB: How best can you describe yourself Davin?

My name is David Ambundo, popularly known as Sky Davin. I’m a gospel artist born and raised in Mathare, Nairobi from a single parent home of five,I’m the second born.

KB: How did the stage name ‘Sky Davin’ come about?

People used to call me by the name ‘Davinski’ back in the day. With time, I adapted the word ‘Sky’ which brought about what we know as ‘Sky Davin’.

KB: How long have you been doing music professionally?

KB: You have at least three songs on YouTube, tell us about them

Well, my first official video is called ‘Keep It Real’ which I released in late 2016. I did the video twice as the first had not met expected standards.

‘Flooded Imagination’ was my second video which I wanted to sound more like a poem. I wrote it to encourage someone who might be going through a hard time as I did while growing up and also letting them know that they are not alone.

Now, my most recent video ‘Nowe’ did extraordinarily well! I got to do media tours on major TV shows and the reception was just unbelievable. ‘Nowe’ is a Kikuyu term for ‘You’ to mean I completely owe everything to (you) God.

KB: Challenges you’ve encountered along the way being in music?

One is definitely lack of finances for audio and video production and getting the kind of connections where I can market my music effectively. There are people who will go an extra mile and do more than that which you’ve paid for but again, there’s also the other group, who are just business minded.

KB: One thing you hope for the future of your music career?

I want to put in so much effort to produce good music. I don’t want my songs to be played because I’m an upcoming artist or out of pity.

KB: Any projects you’re currently working that you can share?

Very many! I have a new song slated to be released probably in the coming two months.

KB: One thing you’d like to let your audience know?

Thank you to everyone who’s been supporting me. For those who haven’t checked out my music yet, they should and will definitely be blessed.