The power of mass street protests, the use of technology to disrupt, the fight for equality and struggle against disillusionment. Few have lived through the highs and lows of activism in this country especially this past decade as viscerally as Boniface Mwangi.

He is a co-founder of Pawa254, Party Leader Ukweli Party , author of UnBounded  and now,  the subject of award winning documentary Softie.  Boniface and his wife Njeri let us in on how they’ve navigated the murky waters of activism as a couple and parents.

“Softie”: Unravelling the Other Side of Boniface & Njeri Mwangi 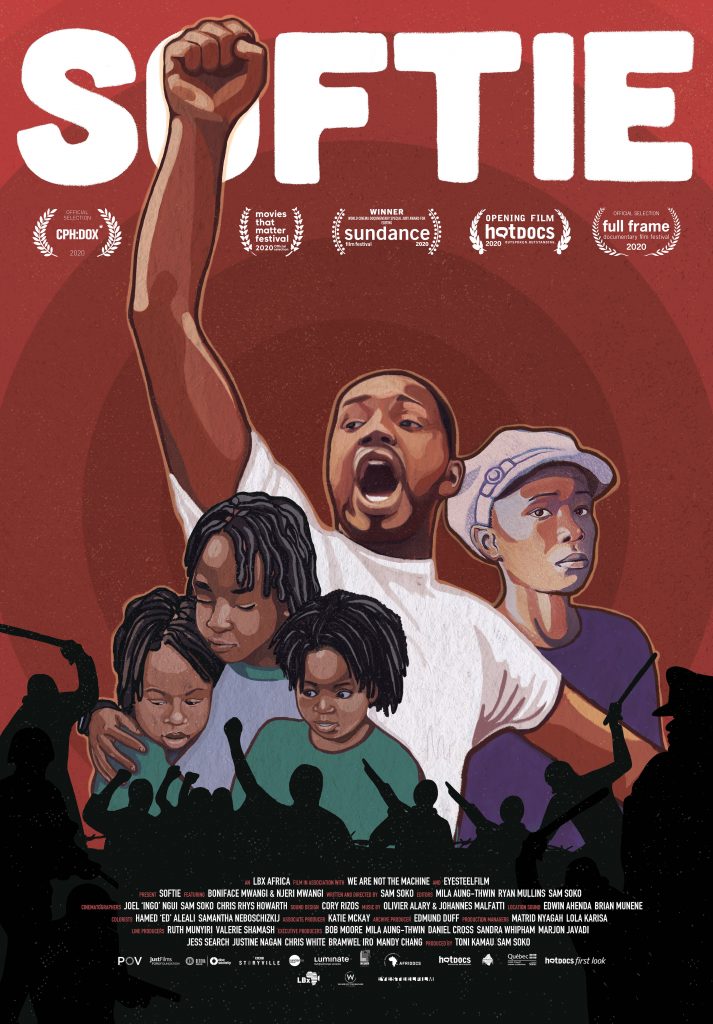 KB: Boni, congratulations on the success of Softie so far. You’ve come a long way from the ‘soft’ little boy you once were to the indomitable activist you are today. For our readers who haven’t watched the documentary yet, will they get to see a more tender, human side of Boni as the title alludes or will this surprise them like you’ve consistently done this past decade?

They’ll definitely be in for a surprise.  Most Kenyans only interact with me on  surface level.  They only know “Serious Boni”. They recognize me from street protests and acerbic media appearances. Softie unravels the person I am away from all that.  What kind of person am I when I get home? What are my struggles as a man, father and a husband? Do I get afraid sometimes? What does my family think of what l do? This is what Softie reveals.

KB: How did it all start? This documentary idea. And why did you choose to work with Sam Soko?

Boni: When we (PAWA254) first got started with activism, we disrupted the movement with our fresh ideas on organizing.  We used to prep for protests ‘rehearse’ if you will, to ensure everything went according to plan.  We wanted to impart protest organizing skills to the masses.

That’s how we came up with an activism manual.   The manual was titled Defiance but as Soko documented, we realized the story was more than just protest, and it became a story about Kenya. Why are we tribal? Why do we cower in the face of injustice? and what price do the people you see in the streets pay to do what they do.

After 7 years in the making, it feels incredible to finally bring #Softiethefilm back to Kenya. This film is a tribute to love and to our country.

KB: Njeri, you get to see a side of Boni none of us is privy to. A husband and a father. You were quoted as saying “This film is not just a single story but the story of what women and mothers and wives like myself give to the cause of what they too believe in but whose contribution is not counted as significant or acknowledged as prominently as their partners.” How does this film introduce you to us as an individual who is more than just Boniface Mwangi’s wife?

You see me appear in the film initially but the focus does not begin with me. It then transitions to where the director sensed my fears and saw how I appeared and how I had to protect the children and shared my thoughts on how I thought the public saw what “art” accompanied us in protests.

He was present to my reality and when he turns the camera to me sometimes came all naturally and easily for both of us. I don’t want to live as if I was never there and I want to be counted for what it has cost me and my family too. I hope all activists’ families will say the same after watching this movie.

KB: Njeri, Would you say your  life has parallels with the women who fought alongside the Kenya Land Freedom Army aka Mau Mau?

My name, Njeri means “Daughter of a warrior”. The independence of this country happened because the women supplied food, information, weapons and even fought along the men all the while holding the home together. Unfortunately the historian erased that role. Softie, shows you behind every activist, male or female, there is a supporting or even a suffering family. The price families pay when their loved  one are fighting for all, and not just one.

KB: How is parenting different in the Mwangi household? How do you explain to the kids why dad is being teargassed on TV? And how do you ensure your children still have what would be considered a “normal childhood” with minimal trauma?

Parenting in our house is fun. Every child now has a library in their bedroom which means they must learn to argue their case. We don’t give orders but instructions and we have to explain ourselves, we can’t use “because l said so ” attitude with our children. The children know dad is fighting for a better country for them and l am not a law breaker but a person who helps others get their rights. I have never protested for me but for us.

Our children are having a normal childhood, they learn, play and take part in peaceful protests with their parents. In a civilized society, it is normal for children to protest, and that right is in the constitution but it’s a shame the police don’t respect that. 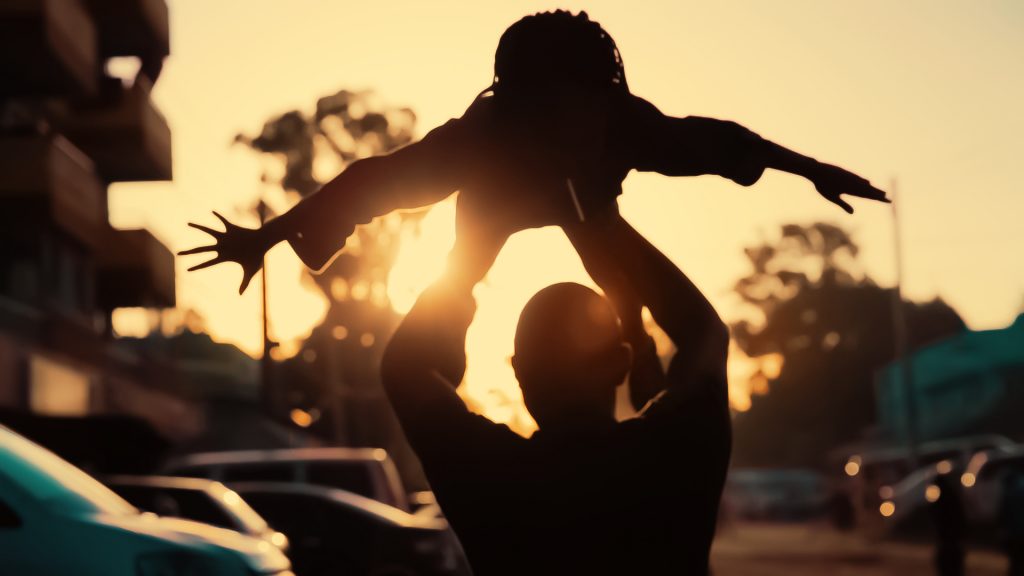 KB: Boni, in retrospect, did you think it would be this way? Handling activism and a family? Did you at any point think “Perhaps I should slow down now that I’m starting a family”?

Injustices don’t care for family so this how it was always going to be. Our right to protest and fight for what is righteous can’t wait for one to ‘settle’.  We must always speak up and fight for a better world regardless of family dynamics.

KB: Njeri, is this exactly what you expected when you said “I do” to Boniface? Did some people think you were crazy when you went ahead and married someone considered a state target?

When I met Bonnie, I met a dreamer. A visionary. I knew this was someone who wanted to change the way things were so that those who came after him would have it better. I never imagined for a moment that to be a “crime” that would affect our lives in the way that it has and continues to. 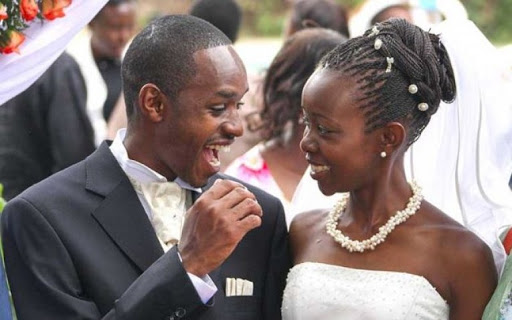 KB: How do you decompress as a family when things get a little crazy?

Njeri: I love watching movies so I easily retreat to that. I can also jump on my motorbike and go out for a random ride to wherever the heart leads. As a family, we often get out of town and spend time playing outdoors or go on walks. We have learnt to find games that we can all play and enjoy, even cards 😉

Boni: I love hiking, reading and hosting my friends for nyama choma. I roast very good meat and make some mean cocktails! The kids enjoy swimming and travelling.

KB: Does your activism rub off on your kids? Are they mini-revolutionaries themselves? Does the school principal call you often?

Our kids have dreadlocks and our first born was expelled from school for having dreadlocks. It’s silly that schools have rules that children can’t style their hair as they like. We changed schools and after a while, the new school they decided to revise school rules to ban dreadlocks. We challenged that  decision and won!

We always let our kids know that being revolutionary doesn’t mean you’re ill-mannered.  We teach our kids that activism requires discipline, self-sacrifice, dedication, focus, integrity and voracious reading. They question and call out injustice and unfairness around them. 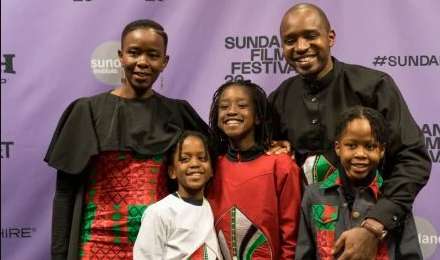 KB:  What hindsight do you hope your kids will have on growing up in the Mwangi household?

That they were raised in an empathetic home. If our children can learn to be empathetic and seek to understand how others feel and what they’re going through, then all will be well.

KB: The country is not going to transform overnight, is this the same path you would like your kids to take in the future?

Our children have no pressure from us to be or do anything. We shall not push our  desires or dreams on them. They are free to be and do whatever their hearts call them to.

KB: Njeri, what’s the craziest anecdote you have on bailing out Boni?

1st June 2009.  I was watching the news and saw a man being being brutally manhandled by the cops. My heart went out to him and his family as I wondered if he survived.

Moments later,  I started getting calls about my husband’s whereabouts and someone called me to inform me my husband had been beaten and whisked away by plainclothes police officers.  I was home, pregnant and on  bed rest. I couldn’t move around as I was in pain.

Fortunately I received a call from Caroline Mutoko (bless her soul) who assured me that she would not rest until she found out where they had taken Bonnie and how he was doing. She made good her promise.  That was my entry into a space that was very radical and I quickly learnt that it was and still isn’t a place you can survive on your own. You need friends that will make calls and mobilise to get your loved one back home safely. 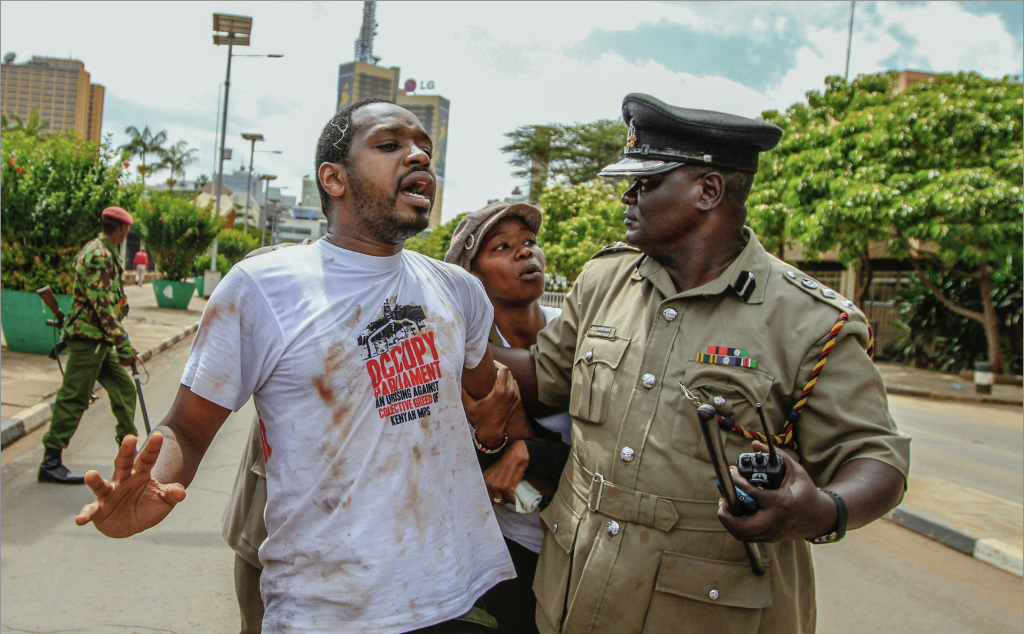 KB:  Finally, why should everyone watch Softie?

Boni: It  will give you hope that all is not lost  and a better world is possible. You will leave the theatre inspired and encouraged to do something for a better world.

Njeri: Everyone should watch Softie because it is a mirror. We can reflect as Kenyans and see ourselves and see where we have failed and what we need to do better.