Kapil Sharma, regarded as the King of Comedy in India, quickly gained international fame when he launched his “Comedy Nights with Kapil” TV talk show. He made his debut in Hindi films in 2015 with a romantic comedy called Kis Kisko Pyar Karoon (Who Shall I Fall in Love With?). It never broke any box office records but he got his foot into the movie business.

Kapil under his banner K9 Films has produced and starred in the new film Firangi. Rajieve Dhingra who has written the story of Firangi, also makes his directorial debut.

Firangi is set about 20 years before India’s independence in the 1920s. The story is about a village called Naku Guda where the King and his British Officer friend want to put up a liquor factory. Manga (Kapil Sharma) goes to the village because his friend Heera (Inaamulhaq) is getting married. There he falls in love with Sargi (Ishita Dutta) and promises to return to ask for her hand in marriage after becoming a British Officer.

Manga fails the tests but the British Officer Mark Daniels (Edward Sonnelbick) needs a backache cured, and Naku Guda tells him Manga can help him. He immediately hires Manga. Manga finds out about his boss and the King Indreveer Singh (Kumud Mishra) plan of the factory. But before he can save the village, there are a few misunderstandings and in the end, it is the King’s daughter Princess Shyamali (Monica Gill) who helps him with the rescue plan. 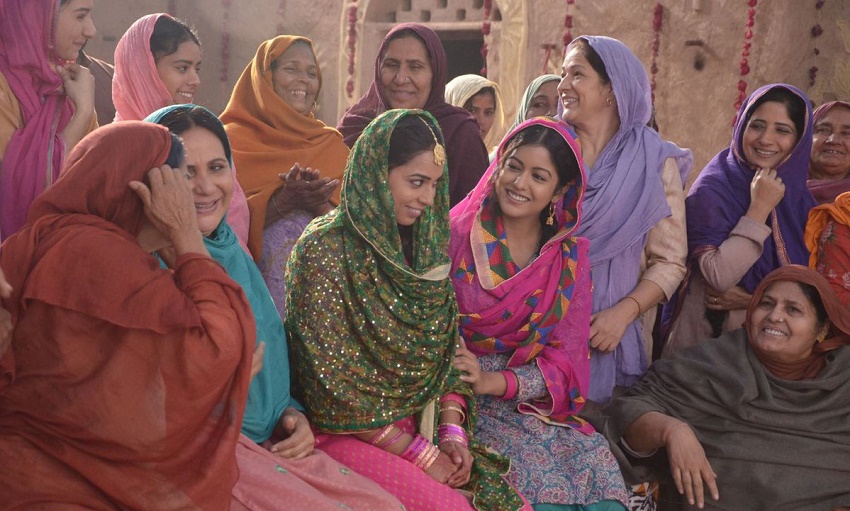 This simple story has wonderful moments, from the wedding celebration scenes of those times, the greedy Indian king and finally the Gandhi moment. It is a subtle film, and a no-frills story of a village family who just want to save their homes. It might be slow paced for those looking for screaming, shouting or loud drama.

Director Rajiev Dhingra is one to watch out for, while Kapil has proven that he is becoming a better actor. The ladies Ishita Dutta and Monica Gill are good. Monica can easily be picked up by a foreign film, her accent and presentation is suitable for international cinema.

Firangi is a sweet watch, it may not have a massive scale song and dance sequence or huge action scene, but it is a simple heartwarming story. And sometimes, that’s enough.