Celebrate #AfricaMonth with 5 of the Hottest African Shows Right Now, According to Fans

May is #AfricaMonth. It’s a time to celebrate the best of Africa, like showcasing great African shows that have enthralled viewers and given them something to talk about episode after episode. And the fans have spoken! These are the hottest African TV shows right now, all available to binge-watch on Showmax.

From Nigeria comes Halita, a story of betrayal, love and ambition with doses of classism and human trafficking where an aunty takes Halita, a young girl from the village to the city and sells her to the wealthy Zamani family to work as a househelp.

What the fans are saying about Halita: 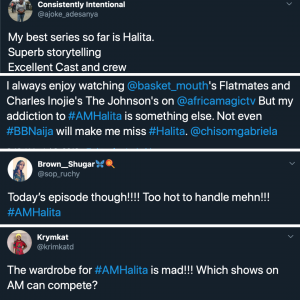 In Kina, the new drama series from Maisha Magic, singer-songwriter Sanaipei Tande plays the self-made water magnate Nana Tandala. Her greed pushes her to commit murder to protect her empire, setting in motion a series of dramatic events that pits the rich against the poor in a ruthless battle for survival.

What the fans are saying about Kina: 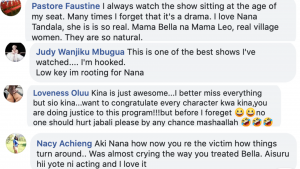 In the dirty business of diamond mining, The River sees two different but interdependent worlds collide in spectacular fashion. One side of the river is home to exquisite mansions populated by society’s upper crust, like the Dikanas, led by the powerful matriarch Lindiwe Dlamini, who will go to any lengths to maintain their wealth. On the other side are the Mokoenas, a family with little to show for their hard work.

The River, which is now in its third season with no intention of dialling down the drama, was nominated for an International Emmy Award for Best Telenovela in 2019. With 10 awards both in 2019 and 2020, this is also the most awarded series at the South African Film and TV Awards (SAFTAs).

What the fans are saying about The River: 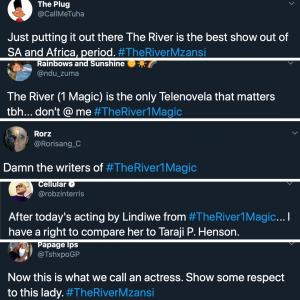 Fresh from Africa Magic Showcase, comes Mercy and Ike, a reality show that follows the love life of Mercy Eke, the winner of Big Brother Naija Season 4, and Ike Onyema, her fellow housemate, who began a relationship during their time in the Big Brother house.

What the fans are saying about Mercy and Ike: 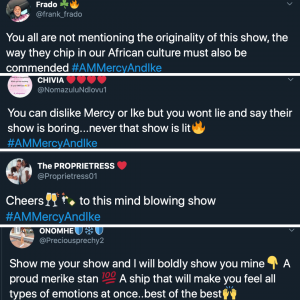 Created and produced by Lulu Hassan’s and Rashid Abdalla’s Jiffy Pictures, Kovu follows the wealthy Haze family who looks like the perfect family, but beneath their luxurious exterior, are as fractured as any family with too many secrets and too much money can be.

What the fans are saying about Kovu: 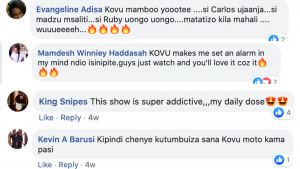