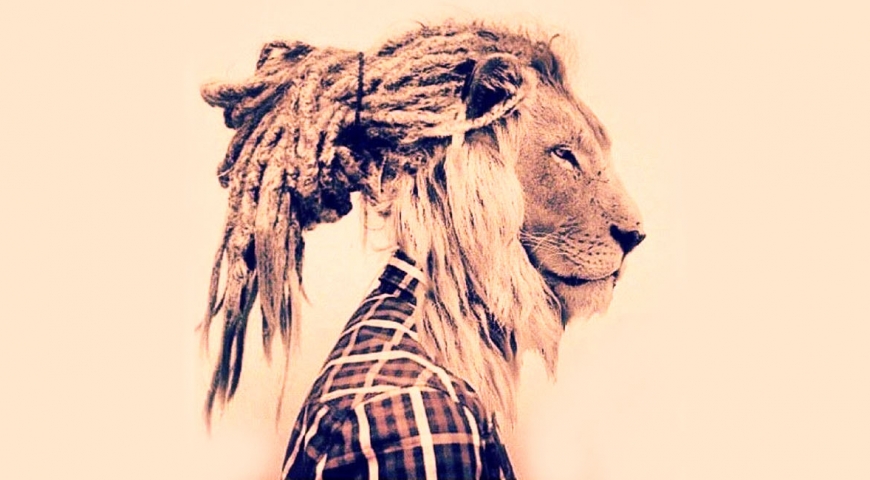 The Panthera Leo also known as the lion or Simba in Swahili, has to be one of the most charismatic animals in the world. As a symbol of strength and royalty, the lion is pretty much like a high-profile celebrity in the animal kingdom. Lions are revered through art, film, culture, and in literature from history books to fairytales and are, of course, considered one of the biggest tourists lures to the African continent. Check out a couple of interesting facts related to this magical beast:

The King Comes Second: Within the big cat family, lions come second in size. A male lion weighs about 500 pounds and can grow up to eight feet in length. This sounds impressive, but tigers are actually larger, reaching 850 pounds and 11 feet long. But lions are still number one in Africa.

Girl Power: Lions live in social groups called prides that can have up to 40 members. A pride is led by two- four male lions. Most people are unaware that lionesses live together for life. Female cubs stay with the pride, even after they’re grown, but male cubs, from age two – three years, must venture out on their own. Males then enter a nomadic phase until they are large enough to challenge a sitting dominant male for control of a pride, at around five – six years old. Brothers will usually stay together and form a coalition, oftentimes joined by males ousted from other prides. Females are the main hunters of the pride, usually in groups of 3 or more, while males only hunt when a big kill is involved or the females have not given him a free meal.

King of the Roar:  A lion’s roar can be heard from up to five miles away – the loudest roar of any big cat species. Roaring helps them find other lions and proclaim or mark their territory. A pride’s territory may be as big as 100 square miles.

Lions have terrific night vision. They are 6 times more sensitive to light than humans. This gives them a distinct advantage over some prey species especially when hunting at night.

Ahead of the Mating Curve: At 3 to 4 years old, male and female lions are ready to mate. The female has a gestation period of around four months. She will give birth to her young away from others and hide the cubs for the first six weeks of their lives. At birth, the cubs are only around 1.5 kg (3 lbs.) each. They are also completely dependent on their mother.

Lions in Europe: Modern lions are thought to have originated around 124,000 years ago in eastern and southern Africa before moving to the rest of the continent and southeastern Europe, the Middle East, the South Caucasus, southern Russia, southern Afghanistan and the Indian sub-continent. Historical evidence suggests that they also inhabited other Europe, including England and Wales which had Cave Lions during the Pleistocene era . Today, the only place outside Africa where “wild” lions are found is in Gujarat, India at the Gir Forest National Park and Wildlife Sanctuary- established in 1965 and includes a number of areas where the lions are fully protected.

Dwindling Numbers: The lion population in Africa has been reduced by half since the early 1950s. Over 100 years ago there were more than 200,000 wild lions living in Africa. Today, It is estimated that there are 20,000- 39000 left globally. And lions are extinct in 26 African countries.  The Kenya Wildlife Service (KWS) says the country is losing 100 lions per year while the current population is estimated to be less than 2,000.

August 10th 2019 is World Lion Day: This celebration was founded by Big Cat Rescue, the world’s accredited sanctuary dedicated to big cats. The day is for people to come together across the world to pay tribute and to support efforts to save this endangered cat.

The Human Connection: Lions have disappeared from 90 percent of their historic range due to habitat loss, hunting and poaching, retaliatory killings by livestock owners, loss of prey and other factors. A 2016 report by the International Fund for Animal Welfare (IFAW) says in the decade between 2004 and 2014, 1.7 million animals were killed for their “trophy”; at least 200,000 of them were threatened species such as elephants, rhinos or lions. IFAW also found that the US was the biggest importer of stuffed animal heads, and South Africa was the biggest exporter – with lions were by far the most traded. Though it’s illegal to poach, and international trade in lion parts is mostly prohibited, South Africa has legalized the export of skeletons from captive facilities where lions are bred and raised. In 2018, South Africa increased the annual quota of skeletons exported from 800 to 1,500. This is in light of growing demand for lion body parts, including bones, teeth, and claws; sought after for use in traditional medicines and trinkets, mostly in Southeast Asia.

Lions Love Chilling. They spend between 16 and 20 hours each day resting and sleeping. They have few sweat glands so they wisely tend to conserve their energy by resting during the day and become more active at night when it is cooler.

Egyptian Royalty: Ancient Egyptians acclaimed lions as their war deities because of their strength, power and fierceness. The famous sphinxes are just one of many mythical depictions of the lion in Egyptian culture.

Ancient Rome: The Roman Colosseum and other arenas are often associated with gruesome animal hunts, but fighting wild beasts was reserved for the “venatores” and “bestiarii,” who were special classes of warriors who squared off against everything from deer and ostriches to lions, crocodiles, bears and even elephants. While most animals were merely slaughtered for sport, others were trained to do tricks or even pitted against one another in fights. Wild animals also served as a popular form of execution. Convicted criminals and Christians were often thrown to ravenous dogs, lions and bears as part of the day’s entertainment.