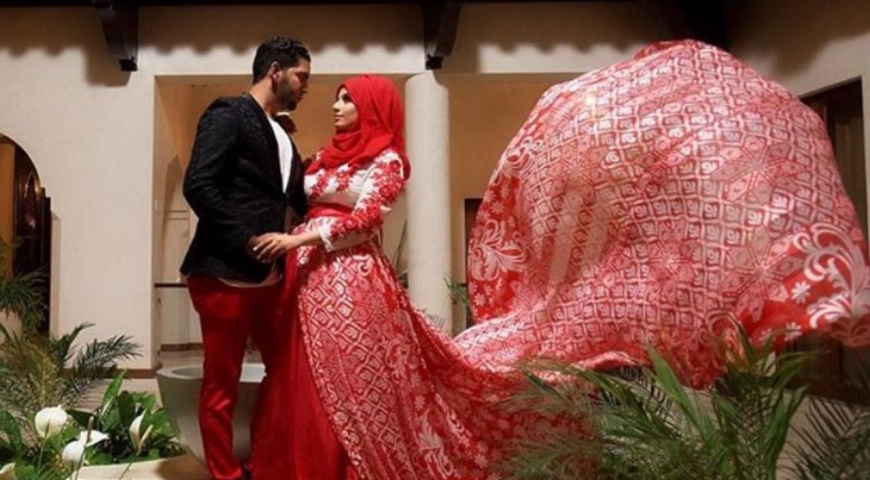 Celebrity Chef Ali Mandhry and Khadija Abdalla aka Dija L’artiste (as she is popularly known on the gram) got married in September 2014. However, before their union, the two were strangers to each other; they finally met in person on their wedding night!

Theirs was an arranged marriage and they’ve been going strong for almost 6 years now. They’ve got two kids, a baking empire and they travel the world together. A match made in heaven.

Who would’ve thought arranged marriages are a thing in this day and age?

The advantages and disadvantages of arranged marriages typically involve what occurs to the extended family more than the actual couple. Some people believe that love can come from any relationship, while others feel like destiny is going to bring them a soulmate one day. The truth for each person typically lies somewhere between these two extremes.

Arranged marriages can sometimes have a foundation of emotion, but it isn’t just love that is the emphasis when a couple comes together. The formation of this relationship becomes more like a business partnership then a personal one. That’s not to say romantic love will not be a priority for the individuals. What it means is that many couples build the foundation for a healthy partnership first and the romantic feeling of love often (hopefully) come afterwards.

Societies which have high levels of wealth no longer rely on arranged marriages because a person can be successful without having someone by their side thanks to modern economic circumstances. But even in wealthy societies, an arranged marriage can be a positive experience. Many people fall in love and have long marriages even though their parents or grandparents arranged them. Even when the final relationship feels more like a good friendship instead of intimate love, most people can fall into a niche that allows them to have a happy and fulfilling life. The idea that you cannot find love because your relationship is being created on your behalf is a perspective that comes from individualism.

There is often a level of stability in arranged marriages that makes it much easier for the children produced by such a relationship to find themselves and pursue their dreams. This stability is created through careful selection by the arrangers to ensure the couples have many common traits and goals like community, religion, education priorities, discipline, and home structure. Because the parents have already agreed on the structures through the arrangements made by their families, the home life tends to be happier for everyone.

Sharing the same background, traditions, and values as your partner means one less thing to navigate as a couple. Cultural mutuality is what most arranged marriages are based on.

Family estrangement occurs frequently from the perspective of individualism because each person is looking to carve out their own success in the world.

Whereas the extended families of couples in arranged marriages have a vested interest in the success of the union and often are a huge support to the couple. So, they will (ideally) work hard to create a sense of togetherness and help the couple to negotiate the difficult times. There is more than just love on the line if the marriage fails; the partnership between the extended families is also affected.

Where is the love???

Although there are numerous arranged marriages which involve love, emotions are not a priority when the relationship is first arranged. The emphasis is not on whether the couple will fall in love. As long as the families get along, and there is a mutual benefit to the relationship, then that becomes the definition of success. This means one partner can find themselves trapped in great misery because they don’t like their partner and don’t want to disappoint their family.

It takes time to establish trust

Most couples who go through an arranged marriage don’t have the time necessary to get to know one another before exchanging vows. For the first weeks, months, or even years of the relationship in some cases, severe trust issues make it difficult for the relationship to work. There may not be any intimacy, physical contact, or conversations involved. Even when each partner knows what is expected of them, there is a risk of experiencing an unfulfilling life.

In the cultures where arranged marriages are considered standard, the men in the relationship almost always have more control over the women. That occurs because the man is seen as being the leader of the family and household. Where the patriarchy is strong, there is more risk of the woman getting physically or emotionally abused or having other bad experiences in the marriage (think second and third wives).

Although some people meet their spouse on their wedding night, many arranged marriages in the modern world will allow the woman to choose from a handful of options and give the couple a short courting period to feel more comfortable with the union. It’s a bit like Tinder with limited options selected by family. Do you believe arranged marriages can be successful? Visit our Facebook page to weigh in.