The best thing to say about White Rabbit Red Rabbit is probably… nothing. Not that it’s in any way bad (it’s innocently pleasant and introspectively fiendish in its own way), but simply because the play must remain a secret for it to even work at all.

The solo play by award-winning Iranian playwright Nassim Soleimanpour comes with a lot of instructions, chief among them is that the actor should not have seen or read the script until he or she steps onstage. No rehearsals, no director. All the actor is privy to before the producer hands them the bounded script in front of the audience, is a prior instruction to prepare an ostrich impersonation. Intriguing!

Josh Radnor, Whoopi Goldberg & Bobby Cannavale are some of the stars who have performed the play

As an audience member, prepare to be complicit in Soleimanpour’s often twisted words, thoughts and proxy actions. Soleimanpour wrote the play in 2009 during tumultous times in Mahmoud Ahmadinejad’s Iran when artists like himself ? many of whom the state was infringing upon their creative and travel freedoms ? experimented with their crafts and found ways around the regime’s repression.

Soleimanpour’s White Rabbit (along with his compatriot Jafar Panahi’s docufilm Taxi Tehran) is a shining testament to the power of art over suppression. The globe-trotting hit has been performed over 1,000 times by actors including Whoopi Goldberg, and in multiple languages and cities ? now including Nairobi. 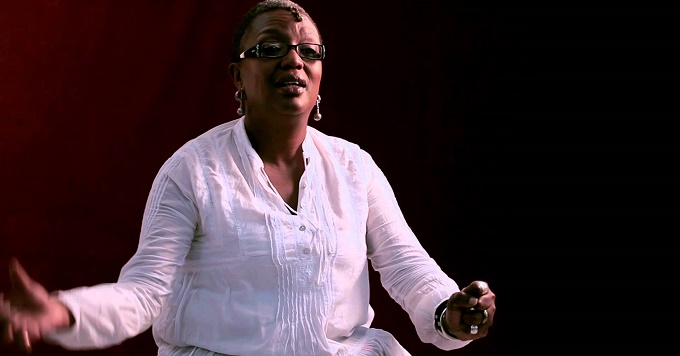 Mumbi Kaigwa, star of The Constant Gardener and The First Grader performed the play at The Kenya National Theatre

Mumbi Kaigwa, no doubt mustered up all her years of experience to give her stripped-down take of the play. She bravely went where the play asked her to go (and trust me, things do get pretty uncomfortable). She perfectly breathed life into Soleimanpour’s words by being funny, engaging and somber whenever the script demanded it.

For three days running, beginning tomorrow (July 27th), you will have a chance to see new and talented performers take up the challenge on the Braeburn Theatre stage (Philip Coulson – July 27, Maimouna Jallow – July 28, Aleya Kassam – 29th July). While White Rabbit’s poses grave existential questions, its playful animal allegories do lighten things up. And remember, there’s an amusing ostrich impersonation in the offing. That’s surely going to be worth your while.