Twitter Streets: The Most Talked About Trends Today – September 20 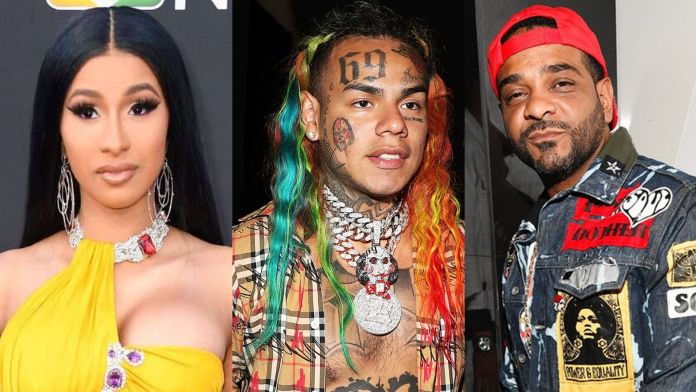 6ix9ine Names Jim Jones and Cardi B as Bloods in Testimony

Musty, multi-colored hair mumble Rapper Tekashi 6ix9ine is still singing like a canary! He’s snitching on everyone and his latest testimony is that washed out  Jim Jones and Cardi B are members of his gang! Whew Chile!

Details on Tekashi 6ix9ine Snitching on Cardi B as Well & Claiming She is a Member of Nine Trey Gang (Vids) https://t.co/e0KB6C40K7 pic.twitter.com/o6SDR1aNuA

Cardi b after hearing Tekashi 69 is snitching on her too…. pic.twitter.com/Hmsi3v7Hyw

#Beyoncé has 133 million Instagram followers. More than double the people who voted for Trump. Wouldn’t it be amazing if the #BeyHive mobilized to defeat him? I also wouldn’t mind if a regular bee hive fucked his shit up.

Black women (who are the majority of Beyonce fans) already did their jobs. Y’all figure it out this time.

Keep us out your mouth 🐝🐝🐝🐝 pic.twitter.com/93DNtSLPOj

Wouldn’t it be amazing if YOU and y’all’s #WhiteGirlHive mobilized them trifling WHITE WOMEN that voted for that asshole instead of asking Black women to swoop in save y’all from yourselves? Thanks. pic.twitter.com/TtsuodXFij

Tweeps are excited for an upcoming Kenyan movie titled ‘Coerced Revenge’. A young Kenyan woman is lured into radical ideology and coerced to fight for something she doesn’t believe in.

#CoercedRevenge
How women are lured inti terrorism. Spread the word
Come one come all pic.twitter.com/WPfXXPLYPb

Tickets are on Sale now!!! only ksh. 500 pay to Till number 956820#CoercedRevenge pic.twitter.com/VYKDd6LW5a

The #CoercedRevenge movie comes to you tomorrow and Sunday. You all have to see this. pic.twitter.com/FuhKktvO3L

#CoercedRevenge
The content is super Good, the cast is something else pic.twitter.com/q0Tngecyf8

Are you excited for this movie?