Twitter Streets: The Most Talked About Trends Today -Mar 5 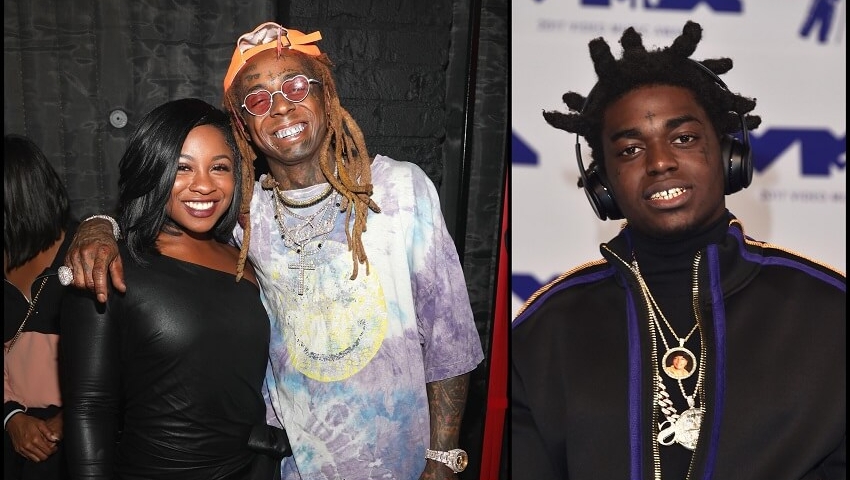 Popular US hit show ‘Riverdale’ star, Luke Perry has died. Fredrick Andrews as was his cast name on the show died on Monday after suffering a massive stroke. Fellow actors sent their outpouring of love to Perry’s family describing him as one of a kind on set. Perry died at 52 years of age.

Hey @OfficialKimora remember when we were on that flight w/ #LukePerry & we fangirled so hard & asked him EVERY 90210 question? He was the perfect gentleman & heartthrob. He was kind when he probably just wanted to sleep. And he switched seats so we could sit together. 💔 #RIP

Luke Perry… you were a joyful and vibrant soul. You will be missed but most certainly your legacy will be remembered forever. Rest in love and peace, friend. #Riverdale

The sixth annual devolution conference kicked off Monday morning in Kirinyaga county. What has however turned heads is the news of free condom distribution in the county ahead of the close to 2,000 delegates expected to attend the conference.

Each man attending the devolution conference will get about 50 CDs for 4 days meaning each day he'll be expected to use at least, 12 condoms! #fyeka_malaya_kirinyaga

This year's Devolution Conference symbol should have been the condom.

The rapper came under fire for coming at Lil Wayne saying he should’ve died when he was a baby. Wayne’s daughter, Reginae Carter came to her father’s defense urging Black to respect him for being a pioneer in the rap industry. Things got even more heated when Black attempted to clear the air, making the situation worse. Lil Wayne has not commented about the matter.

Kodak Black had some hate words for Lil Wayne, says he should have died pic.twitter.com/6y5eJ1rOLZ

Kodak Black disses Lil Wayne, "You should've died when you was a baby."

"Don't come for me" pic.twitter.com/epZUYhwAIV

Tweeps went on rampage after never before seen posters of the live action character were released. The advertising agency which uploaded the character’s new design images brought them down hours later after it went viral. The Paramount pictures movie is set to premiere November 8th.

The guys that brought you Deadpool & The Fast and the Furious are bringing SONIC THE HEDGEHOG to the big screen! #SonicMovie speeds into theatres Nov 2019.

Check out the new teaser poster, and click to read what they had to say about making the film: https://t.co/bdCPODHdVg pic.twitter.com/LMakeasL6y

Season 8 of the most popular TV series in the world is set to premier in almost a month and a new series of 16 cover art photos have just been released to keep us entertained.

‘The Prodigy’, frontman is dead at 49, one of his band mates confirmed. Liam Howelt writing on the group’s socials said, ‘The news is true, I can’t believe I’m saying this but our brother Keith took his own life over the weekend.I’m shell shocked, f****n angry, confused and heartbroken’. Suicide was the cause of Flint’s death.

It is with deepest shock and sadness that we can confirm the death of our brother and best friend Keith Flint. A true pioneer, innovator and legend. He will be forever missed.
We thank you for respecting the privacy of all concerned at this time. pic.twitter.com/nQ3Ictjj7t

News broke out that Deputy President, William Ruto’s pilot had died in a plane crash alongside four other Americans in Turkana. The National Police service released a statement in part, ‘Available information indicates that two helicopters had landed earlier at Lobolo tented camp on the National Park’s Island, however one managed to clear the area safely’.

DEPUTY PRESIDENT William Ruto pilot Captain Mario Magonga dies after crashing in Turkana; wreckage of chopper and his body found at 4am. pic.twitter.com/QNwoKhXJ8t

Five people lost their lives after a chopper they were flying in crashed in to Lake Turkana last night. Captain Mario Magonga died, together with four other occupants, after the helicopter came down at Lobolo in Central Island National Park. pic.twitter.com/vnb2cDErPq