Twitter Streets: The Most Talked About Trends Today – January 7 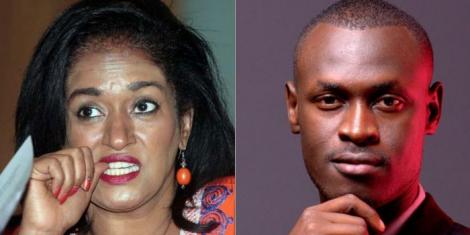 Esther Passaris was involved in an online war with King Kaka on Monday regarding the country’s healthcare system. This is after the Nairobi women rep revealed that she invested Kshs. 50million in her election campaign, and could therefore afford to seek treatment abroad. The rapper quoted her saying, “Esther Passaris shame shame Shame. The talk should be on how we have made our health reliable to the point you are getting your surgery at KNH. Wewe Uko Hapo unatuambia juu ya Ksh50million”. Passaris did not hold back,”You are so ‘full and fooled’ by yourself”,adding, “Get off your high horse & stop being who you truly are Wajinga Nyinyi who thinks through hate you can drive or derive change.”Netizens also had their turn to speak on the matter;

@EstherPassaris shame shame Shame. The talk should be on how we have made our health reliable to the point you are getting your surgery at KNH. Wewe Uko Hapo unatuambia juu ya 50million. Stop being selfish for once , just for once and serve the people who put you there. Shame

You know we still need you in Nairobi so I will say a prayer today wishing you a speedy recovery since your wounds are still fresh. All those who have been retweeting her tweets also whisper a prayer. Kunywa dawa na ulale, when healed then we can engage.

The Kenya Revenue Authority has refuted reports that ARVs meant for Kenya were shipped to West Africa following a tax demand, terming it as fake. In a post, the taxman said, “KRA would like to inform the public that the story running on social media titled “ARVs meant for Kenyans shipped to West Africa after KRA demanded taxes on them” is not factual”.

Controversial radio presenter, Andrew Kibe is making headlines for the wrong reasons, again. Kibe posted a photo with Njeri Wamarite (Oliver Mathenge’s wife) alongside Kamene Goro and two other people. In the image, he is seen getting a little bit too cozy with Wamarite which got Kenyans on Twitter talking.

Is that Oliver mathenge’s wife Kibe holding in his right arm?

Anyway Oliver Mathenge should not even worry about what Kibe did. For it is written: “From the streets did she emerge, and to the streets she will return” 🤣🤣🤣 pic.twitter.com/1qGe2rLzf9

Event Organizers of this Years Men’s Conference have decided to add Oliver Mathenge’s troubles to our core discussion… Thou shalst know a Hoe by how they dress around their elders😆.. pic.twitter.com/SP2iKonGJq