Top Ten Animals to Beware of in Kenya

People travel from all over the world to enjoy Kenya’s amazing flora and fauna and we have it right here in our back yard! What a joy. But while the risks are very low, especially for us city-dwellers, take care of these dangerous creatures when travelling around the country:

Kenya is a tropical country and one of the most affected sub-Saharan regions with mosquito-related illnesses. Although many people think mosquitoes are harmless, they can transmit many deadly diseases such as malaria, dengue fever, West Nile fever, Rift Valley Fever, chikungunya, yellow fever, elephantiasis, encephalitis (inflammation of the brain) and even more you’ve never even heard of! Though the risk is low in Nairobi, you have to take precautions when travelling, especially to western Kenya, Mombasa and North Eastern Kenya.

These species are popularly known as ‘Nairobi Fly’ but they are not flies or bees but beetles. Though not deadly, they are well-known and feared for the burns they cause on human skin.  They do not bite or sting; rather the ‘juice’ released when they are squashed is a toxin called pederin which causes the burns. It is produced by symbiotic bacteria that live in the beetle. It is also possible that they can release this toxin without being squashed as it is a defence mechanism against predators. The acid burns the skin causing slight redness in mild cases, blisters and burning in most cases, and fever, nerve pains, joint pains or even vomiting in severe cases. To avoid this happening to you, familiarize yourself with how they look and be extremely careful when brushing them away. Also, be on high alert during the rainy season when they are often out in large numbers. 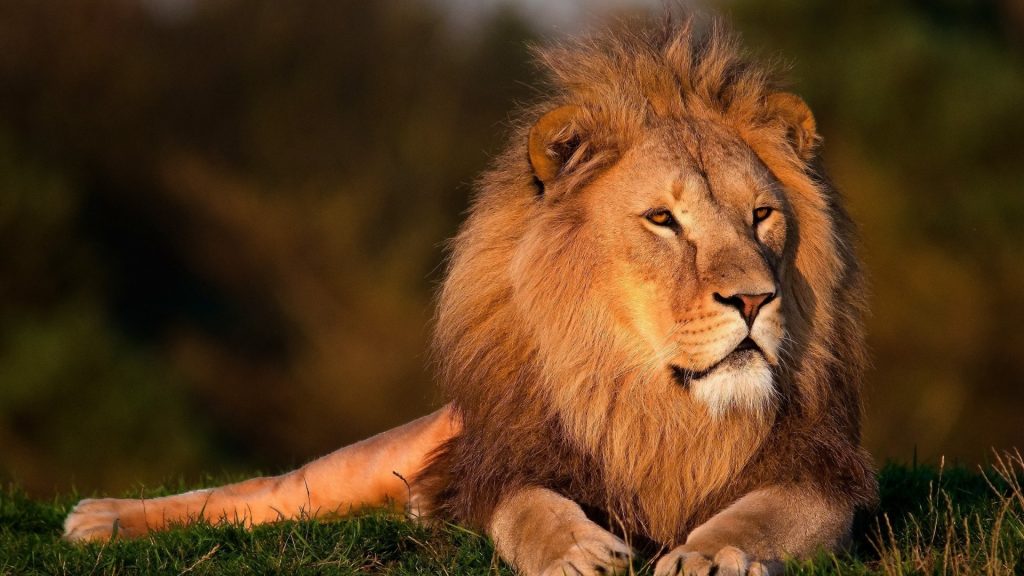 Lions look like gorgeous giant, fluffy pussy cats but don’t be tempted to jump out of your car for a cuddle: they are very dangerous animals. Lions stalk their prey stealthily and when they get close, charge and pounce, trying to knock it over. They then break its neck or suffocate it by clamping its throat with their powerful jaws. While lions generally avoid humans, it is said that the world-famous Man-Eaters of Tsavo lions were responsible for the deaths of 135 railway workers. And lest you think Kenya’s game park lions have become tame, in 2017, a teenager was mauled by a lion in Nairobi National Park. Occasionally, lions have wandered out of Nairobi National Park to freely roam around the streets of Nairobi, but mainly without incident.

Hippos are usually found just below the surface of the rivers and lakes of Kenya with their nose, ears and eyes protruding above the surface. They are the third-largest land mammal and can be 1.6 metres tall at the shoulder and up to 4500 kilograms! They are fiercely territorial and have large teeth and tusks and are the deadliest large land mammal in the world. Keep a safe distance from them if you are in a boat and never get between a hippo and the water when he is on land grazing- they can move up to 30kph on land!

Elephants are the largest existing land mammals in the world. They are under a lot of pressure in Kenya where they are poached for their ivory or meat and have to navigate increases in human populations and loss and fragmentation of their habitat. Although they are adorable and may seem calm, if agitated or abused, they can be very aggressive towards humans, especially in areas where there has been a lot of poaching. Elephants can also experience unexpected bouts of rage so keep a respectful distance.

Anyone who spends a lot of time hiking or walking in Kenya knows that you have to be extremely alert for buffalos. They are known to kill more hunters in Africa than any other wildlife. They can be very clever and when hunted by humans have been known to circle back on their hunters and counter-attack. Buffalos are also known to attack lions and other wildlife that dare to cross them.

The Black Mamba is one of the world’s deadliest snakes. It injects venom into its prey, then follows it until it becomes paralyzed then devours it whole. Not only is it the longest species of venomous snake in Africa (up to 4.25 metres), but it is also very fast and aggressive when threatened. Just two drops of its venom can kill a human, especially because the anti-venom is not widely available. If you see a Mamba open its mouth to show the black lining, this is a warning signal and you should back away slowly (Black Mambas are fast so you can’t out-run them). Luckily, they are shy and prefer to escape than attack.

Puff Adders are the main cause of injuries and death in Kenya because they are nocturnal and well camouflaged. Although most snakes slither to avoid people, the puff adder relies on camouflage to avoid detection. They mostly stay on pathways waiting for their prey. They are frequently stepped on by people coming home or going to an outdoor bathroom at night.

The Nile crocodile is the most common type of crocodile in Kenya. They can be very aggressive reptiles and have been the cause of many human-wildlife conflicts. Crocodile attacks are 100 times deadlier than shark attacks and more frequent. Be on alert when close to the edge of rivers or lakes in Kenya.

Rhinos are enormous, notoriously bad-tempered and have bad eye-sight. They are quick to be aggressive towards anyone or anything they perceive as a threat (check youtube for videos of rhinos attacking cars for example). A rhino can weigh as much as 2800 kilograms and run 64 kilometers per hour for short distances. You are advised to keep a safe distance, even if in a car and if on foot, run in a zig-zag manner (they can’t change direction easily) or climb a sturdy tree if possible.

5 Ways to Plan Your Travel Differently in 2021

TikTok Creators to Watch Out for in 2021