Top 5 hot TV Shows to Watch in Kenya this Weekend

Wamlambez went global by making it to Downing Street London, and in the presence of Theresa May (Kenyans are ungovernable). Avengers: Endgame dethroned the mighty Avatar. And as usual, our politics had its fair share of dramatic moments. Whew! What a week!

Now that the weekend lies ahead, if you are looking for the best shows to unwind to, here’s a hot list that will not disappoint. 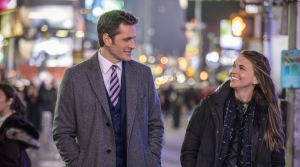 When 40-year-old Liza Miller finds out that she’s unemployable soon after her divorce, she lies about her age on her resume to land a job as an assistant at a publishing company. And with it comes two love stories that split fans between #TeamJosh and #TeamCharles.

Liza’s complicated life has come a long since season one of Younger but it’s not about to get any easier in the all-new season 6 as Liza finds herself having to choose between loyalty to the man she loves and her best friend.

If you are looking for something similar to Younger, may we suggest The Bold Type – another series set in New York’s publishing world. And if you are feeling nostalgic, Sex and the City S1-6 is also available on Showmax. 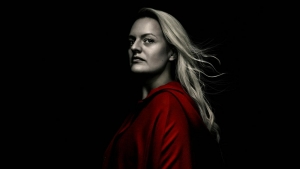 The future (or perhaps the present) has never looked more terrifying as depicted in the dystopian drama series The Handmaid’s Tale. The Handmaid’s Tale is set in the patriarchal militarized state of the Gilead that oppresses its women in the name of religion and sees them only as child bearers (Handmaids) and as domestic servants (Marthas). The story follows June Osborne/Offred’s (played by Mad Men’s Elisabeth Moss) journey and rebellion as she fights for freedom in a world where hope can be tragic.

Kenya’s beloved actress Brenda Wairimu plays the titular role of Monica, an ambitious social climber from the ghetto who will do anything to get to the top. After meeting the wealthy Jiwes, Monica forges her papers and lies about her background to land a job at the governor’s office. Monica also features veteran actor Raymond Ofula as the Governor Robert Jiwe, Ephy Saint (Tahidi High) and Monica’s true love, Fidel Maithya (Selina) and Joyce Maina (Aisha).

If you can’t get enough of Brenda Wairimu, catch her as she makes her debut on Selina playing Nelson’s new love interest Rossette.

British dating reality show Love Island, the perfect escapist binge for a lazy weekend, will transport you to a beautiful island that hosts young single people in the hope that they will find true love and win the ultimate cash prize. Three seasons of this addictive series are available for bingeing on Showmax, with the new season 5 now streaming on DStv Now.

Since one reality show is never enough, also catch the new season of Big Brother Naija (Pepper Dem) on Showmax and DStv Now as it brings all the drama and the heat

Long before she brought us the explosive drama When They See Us, Ava Duvernay tapped into the debut novel of author Natalie Baszile and created the vulnerable yet powerful and progressive drama Queen Sugar that follows the Bordelon family as they attempt to pick up the pieces after the death of their father. Now it its fourth season, Queen Sugar stirs up a storm in its latest season when one of the Bordelon siblings – Nova Bordelon (Rutina Wesley) pens a memoir that threatens the already fragile fabric of the Bordelon family.

Stream the new season of Queen Sugar on DStv Now.

Remember that you can stack up on Showmax by paying Ksh 250 four times and get one-year subscription for only Ksh 1000. Get this deal at showmax.com