‘The Jungle Bunch’ Review: The Apple Doesn’t Fall Far From the Tree

The French-American-British animation, directed by the renowned David Alaux, makes for the third part in the Jungle Bunch serie. It is a fun adventure film revolving around a high-spirited penguin, Maurice his motley collection of social misfits join hands, rather claws, to defeat the evil Koala, Igor who is determined to seek vengeance by burning the entire jungle to the ground, but not on Maurice’s watch! 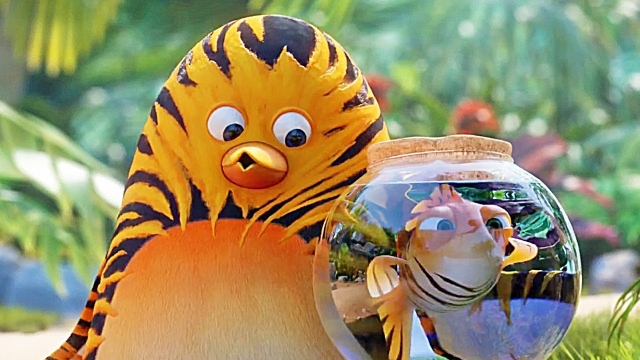 Maurice is a penguin in denial – he is under the assumption that he is a member of the cat family and goes as far as painting his body in stripes- who was raised by a tiger and took right after his mother in becoming, or at least by trying to become, a hero by defending the animals in the jungle from all evil. 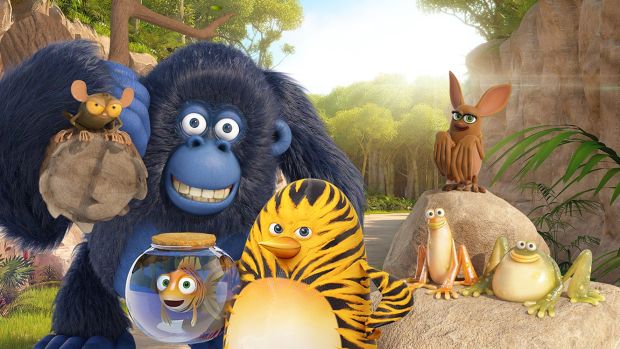 It’s your typical “save the world” animal animation, not half as interesting as the Ice Age series but with an evidently modern feel to it. The uniqueness of each member of the squad is fascinating, we have a gigantic dim-witted gorilla (Miguel) with one of the most annoying voices you’ll ever hear, a self-absorbed Tarsier (Gilbert) who happens to be brains of the team, a female bat (Batricia- get it?) who has a heart of gold and seems to be the team’s endless saving glory, Junior- a clown fish with an unbreakable fish bowl, Al and Bob- the determined toads. The fact that Koala bears are well-known for their lazy tendencies, with the ability to up to 22 hours straight, then to see the most active villain as that very same animal is quite queer if you asked me.

The emotional scenes and valuable lessons of the importance of adhering to the rules set out by your folks, because failure to do so brings about negative consequences, is what will most probably push you to drive the little ones to catch this film. It’s also good to relive the good old days when fantasy at a point was a reality.