The Dark Side of K-pop

No one is immune to the dark side of life, but fame has a tendency to inflate things more. In Hollywood, Judy Garland, the actress from the Wizard of Oz and many other motion pictures, lived a tragic life right under the spotlight, as did Amy Winehouse, Kurt Cobain and many others, all which ended in death too soon.

K-pop gives you an image of perfection and accuracy, in terms of vocals, dancing and image. The questions that linger remain these: At what cost is this perfection? Is it worth it?

If you search the internet for cases of mistreatment of stars in Korea, you will be overwhelmed by all the detailed articles showing that although South Korean music is popular all over the world, it is also problematic for the artists.

There have  been cases where major management companies treat their artists more like cash-cows than human beings,where women have had to alter their faces and other physical features through cosmetic surgery to be more appealing to the public eye. Artists have been known to rehearse to the point of exhaustion and dehydration, their lives consisting of early mornings, late nights and sometimes barely enough food, depending on what their management executive told them.

A lot of hopefuls dream of being in the industry, and are willing to do almost anything to get there. So once they are auditioned and they make it, they move on to the training stage, where they record music, learn how to dance, get vocal lessons and in some cases alter their looks. Depending on what the management wants, they also cut out the weakest link.

When some groups and artists reach the point of perfection, they debut, and those who ‘require more work’ are left in training. The process is so intense that some female trainees are forced to sleep with executives to get a quicker debut or are pimped out by their management executives.

Let’s talk money. When artists debut, they are already in debt to the company that funded everything for them: from recording sessions, to living spaces, to food and other necessities. Once the debt is paid back they can earn their cheque. According to Australian- Chinese artist Prince Mak, whatever artists are paid their management take majority share.

The life of a star is full of pressure due to the high standards expected. Also the life of an idol is sometimes lonely, recently deceased K-pop singer Sulli complained of loneliness and not being listened to by her management.  the high fan expectations and those of her management team compounded by online bullying pushed her to take her own life. 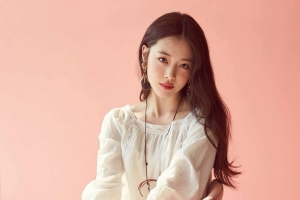