The Blood Sisters VS The Three Sides of Ana: Which Triplets Telenovela Wins?

NTVKenya is currently airing two telenovelas with stories about Triplets: The Blood Sisters at 6:00 pm and The Three Sides of Ana 8:00 pm. The premise for both shows is however quite different and we want to know which of the two shows you find more interesting.

This is Filipino production by ABSCBN starring Erich Gonzales as triplets Erika, Carrie and Agatha. The three sisters were separated and infants meet each other after 26 years. The story is centered on Erika as she reconnects with her family and tries to flee from the powerful criminal syndicate, Paraiso. 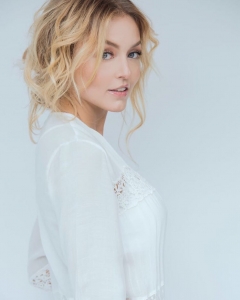 The Three Sides of Ana

This is a Mexican production by Televisa starring Angelique Boyer as triplets Ana Leticia, Ana Lucia and Ana Laura. Ana Lucia is separated from her other two sisters after an unfortunate accident and her family hopes to find her. The melodrama also follows the intrigues of the cunning and selfish Ana Leticia as she tries to get the love and affection from everyone around her, thus making her sisters suffer.

Which of the two Telenovelas do you enjoy watching more? You can vote for your favorite Telenovela on the poll below: