Telenovela stars Sebastian Rulli and Angelique Boyer just celebrated three years as a couple. They appeared as co-stars on Teresa back in 2010 but they kept their relationship professional at the time, mainly because they were in different relationships. Sebastian was dating Aracely Arámbula (Corazón Salvaje/Wild Heart) and Angelique was with producer and director, Jose Alberto Castro (Pasión y Poder/Passion and Power).
In 2014, when they were both newly single, they co-starred again on Televisa show What Life Took from Me. They denied rumors that they were dating but on 23rd September of 2014, Sebastian shared baby photos of him and Angelique Boyer announcing that they were officially dating. 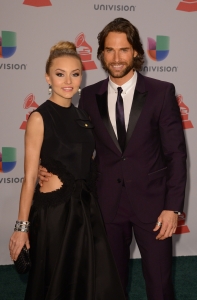 To mark their third-year anniversary, Sebastian posted yet another cute photo of him and Angelique on the 23rd of September. He captioned the photo as follows:
“Today marks 3 years by your side, filled with unforgettable moments and strengthening this priceless and precious love! Having illusions has never been more beautiful than by your side. For many more my heaven @angeliqueboyer. I love you! #GraciasMiAmor”
Congratulations are in order to the couple, and we hope they celebrate many more years together.

Entrepreneurship Wrapped in Skin: Meet The Interior Designer Who Has Never...