Imagine a party where men are banned. Well, that’s what the ladies of the Nest Collective have created in their quarterly bash, Strictly Silk. Everyone involved from the line-up, the party-goers down to the vendors and security are women. It’s an unapologetic celebration of everything female. Since its first edition in late 2018, Strictly Silk has gone from strength to strength, and is heading for its next edition in Amsterdam. Njeri Gitungo and Akati Khasiani, DJs, songwriters and the co-producers of Strictly Silk, sit down for a chat with KB to explain how it all came to be.

How did you conceptualize Strictly Silk and did you think it would be this big when you first started out?

AK: We wondered what spaces would be great to perform our music and a women only space seemed very appealing. We then extended that thought to the entire framework – female-owned events spaces, female suppliers, vendors, a female line-up.

NG: It was all very exciting but we were nervous that only a handful of people would attend.

AK: It’s a general experience across the world that for a woman preparing to go out to a club at night, it’s not just about deciding what to wear; [she has] to do things to prepare for pitfalls. Don’t go alone, go with somebody to the bathroom; have your own money; make sure your phone is charged. All the contingencies that have to be in place just to enjoy a night out – it’s crazy.

NG: The space is to allow women to be liberated, to have a good time.

Is it a gay party?

AK: It’s a queer-affirming space, it’s a woman’s space. We recognise trans women as women. We also recognise non-binary women. If you accept this is a space for women, then you accept some women are queer. It’s for all the people who fit under the umbrella we’ve created for women.

How many people were you expecting to show up?

NG: Not more than 50. I mean, we had hosted other events before but this but this kind of event was all very new to us.

AK: We were not aiming for a specific number, we thought only our friends would show up but close to 300 people showed up! It was super exciting.

How did the first party go?

NG: Something happened with the lights and what do you know…one of the ladies in attendance was an engineer and she had her tools with her in the car. She fixed it!

It was also someone’s birthday and she brought cake to share.

AK: The first event was a big feeling, a big mood. 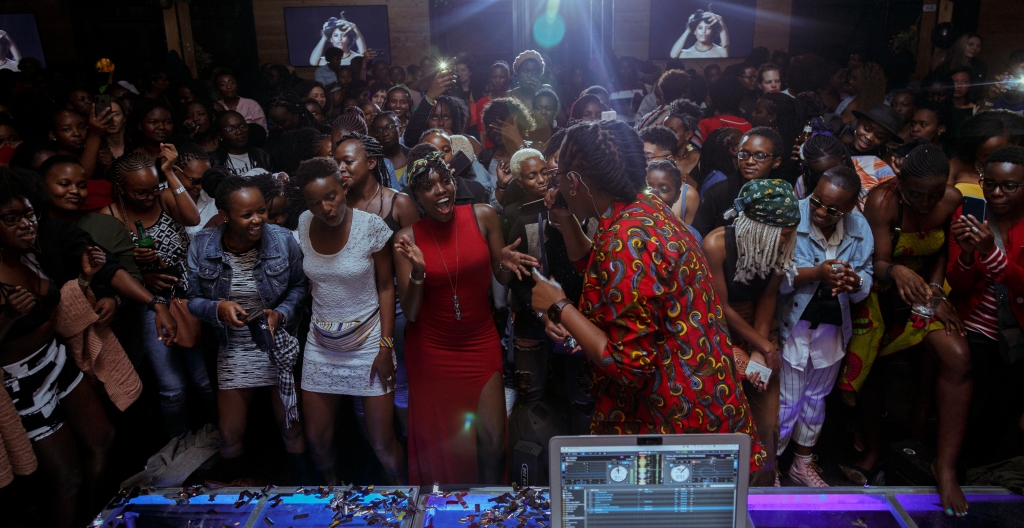 KB: What was the public’s first reaction to SS?

NG: We’d approach service providers with the pitch and most of them were very skeptical

They kept asking questions like:” Why are you doing this? What’s the agenda?”

KB: What has the feedback been like from women who’ve attended?

AK: Overwhelming!  We’ve been contacted by event organisers and women from all over the region and beyond who want to partner or just attend the event. I love how the women who’ve attended SS have taken ownership of this event. They even answer frequently answered questions on our behalf.

NG: [They say] that we should do this more often. Strictly Silk will keep growing but we don’t want to overstretch ourselves right now, It is owned by the women who attend. They give ideas, they push our hashtag on Twitter. The emails of gratitude we get, it’s lovely. 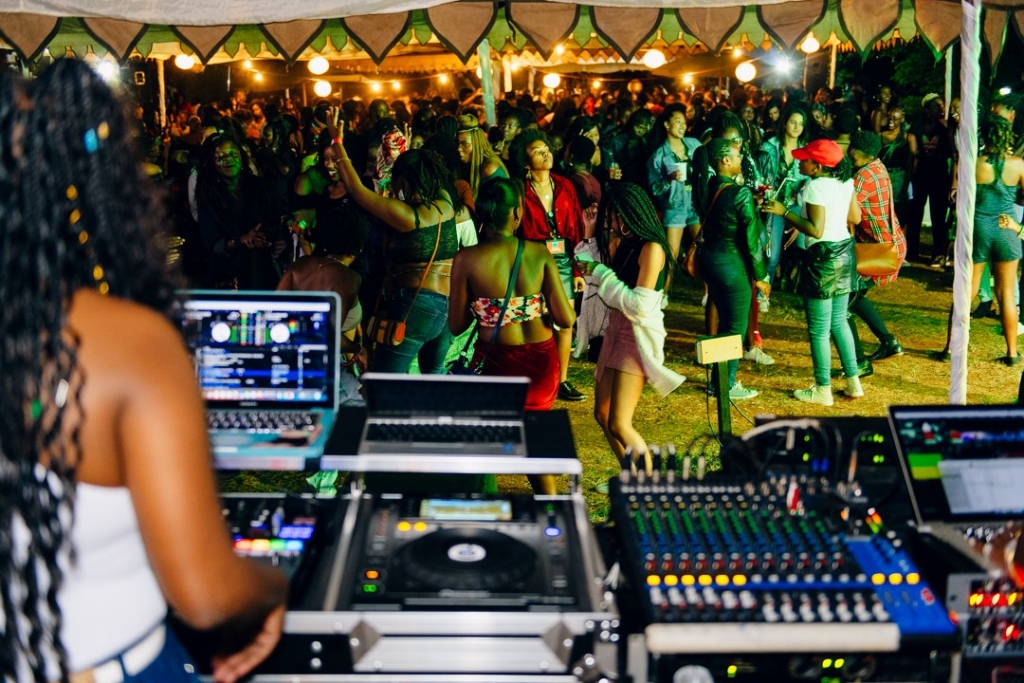 KB: What about the men, how do they feel about it?

AK: Men, in general, do feel entitled to women and feminine energy. There’s this idea that you could be taking that away and focusing it on ourselves and not giving them the opportunity to access that. People are used to demanding women behave in certain ways.

NG: Creating a safe space for women and barring people from harassing them seems to upset a lot of people. It’s just one party. Find another.

KB: Exciting news, you are going to Amsterdam!

NG: Yes! We were planning our 3rd edition of Strictly Silk when this Dutch organisation approached us on working together and taking [the party] to Amsterdam.

AK: So we travelled to Amsterdam to experience the culture to get a better idea of what to expect. We met some amazing women and we’re happy to announce some amazing Kenyan artists and DJs will be travelling with us to Amsterdam where they’ll perform on the 7th of March. The day before International Women’s Day.

NG: We’re not just supporting women because it’s cute to do so. These are very talented women and this is a platform that will empower them financially.

KB: What’s on the vision board for Strictly Silk?

NG: We’re here for the long haul. We’re very grateful that we get to do this. We don’t take it for granted.

AK: We’re looking into curating daytime Strictly Silk parties for women who would rather party during the day.

Would the Nest Collective consider opening up more women-only spaces that are not Strictly Silk?

NG: We are looking forward to the growth and expansion of Strictly Silk in the coming years. It’s a party now but over time it’ll evolve into something much bigger. We’re forward to partnerships in the future as [it] evolves.

AK: As a result of Strictly Silk, we hope other event organizers and spaces will be able to provide safe spaces for women. We don’t own this. We don’t want to capitalise on this. We want to see women thrive everywhere. We’re looking into curating daytime Strictly Silk parties for women who would rather party during the day.

What does feminism mean to you?

AK: Our line of work is positioned to focus and uplift women and as a result of that we keep our eyes open to people who exist in other intersections and work on uplifting them. That’s what feminism means to me.

NG:  Feminism is intersectional and inclusive and those are the core values of the Nest Collective.

The next edition of Strictly Silk will be held in May.