Nearly everyone is familiar with Leleti Khumalo’s Sarafina from the 1992 film. In 2018, Nairobi Perfoming Arts Studios put on the famous musical at the Kenya National Theatre starring Brenda Wairimu. In this year’s installation, Sheila Munyiva takes on the iconic lead and, oh boy, does she live up to the standards set by previous Sarafina actors; including Mkamzee Mwatela who played the titular character back in 2003. In interviews with both Munyiva and Mwatela, the latter described Munyiva’s performance as effortless. “You watch her and you feel like you can be an actor too.”  Munyiva’s performance, which I watched on Friday, proved the statement right, surpassing all expectations. The showcase features mind-grabbing special effects, ambient props and singing performances that will move you to tears. Indeed, the thespians are not playing; the new Sarafina is making Kenyan theatre great again.

Director Stuart Nash’s vision for Sarafina begins with palpable optimism. Sarafina narrates the apartheid situation to an imprisoned Nelson Mandela in a “Dear Diary” fashion. Provoked by the presence of Boer soldiers, protesting students burn down part of their school and Sarafina confides in Mandela. She shares how much more she wants for herself. “I want to be a star.” She keeps saying. And each time the spotlight falls on Munyiva, you can’t help but wonder if it’s subtle self-actualization.

The scene transitions in this production are seamless. Unlike the amateurish productions I participated in in high school where props were static, Nash’s team has mastered the art of constantly moving backdrops, mood lighting and even believable blood effects. 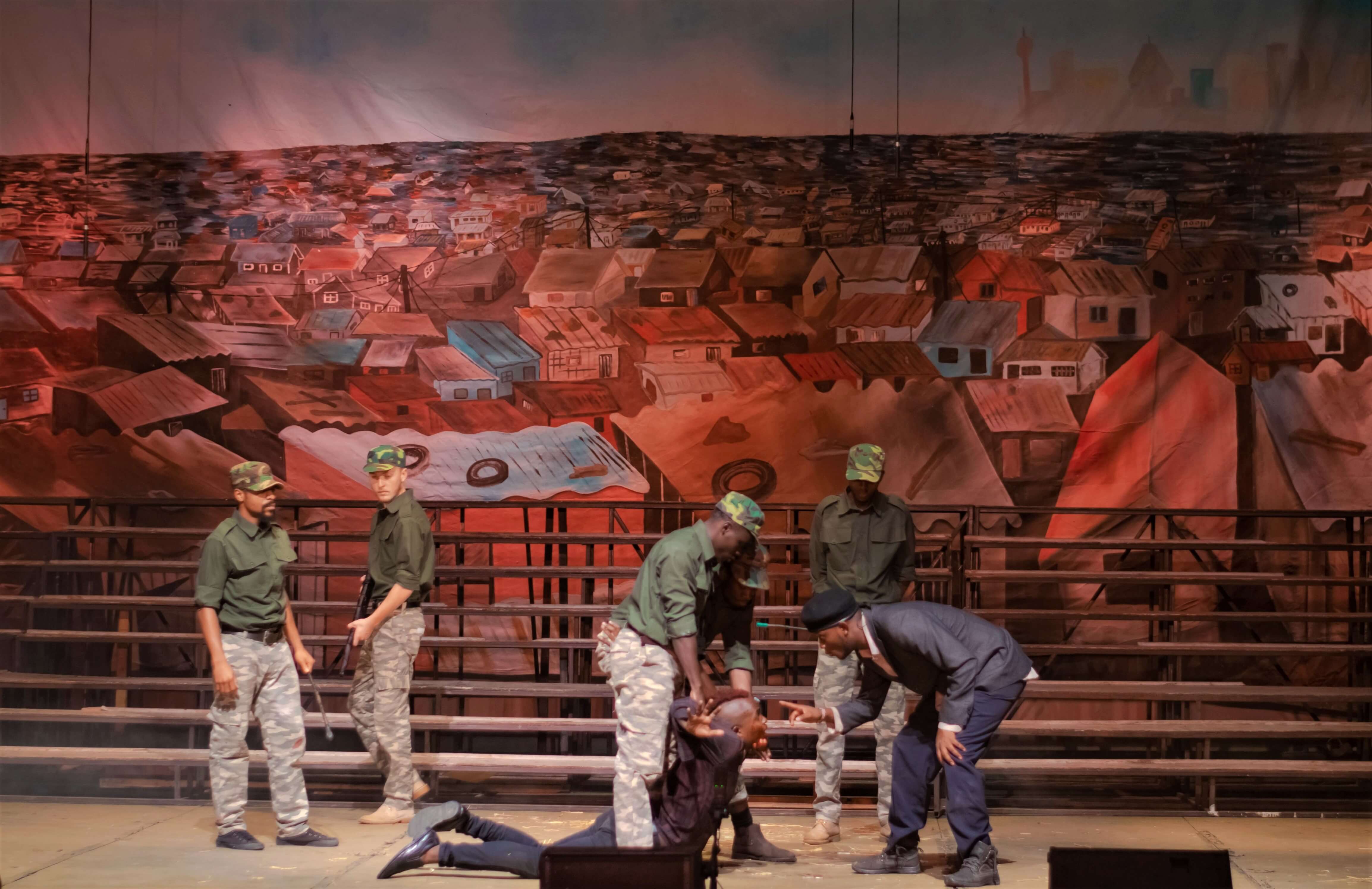 This Sarafina version casts the villainous Constable Sabela (Martin Githinji) in a more treacherous and complex light. Sarafina’s relationship with her friends China (Manda Khabesta) and love interest Crocodile (Fanuel Mulwa) have also been expanded. Perhaps my most anticipated performance was Mwatela’s Mistress -the subversive history teacher who wants her students to be proud of their heritage. Although Whoopi Goldberg’s version in the 1992 film remains incredible, it now pales in comparison to Mwatela’s (to me). Perhaps she shines because of the combined magic of Nash’s extended story line and her unique star power.

I often caught myself comparing the original movie and the play but eventually the cast’s performance took over. This is not a remake or a sequel. It is an adaptation that holds its own and then some.

The Boer bad guy played by Ian Barton is realistically terrifying and he fully immersed me into the traumatic reality of 1986 apartheid. As compelling as the acting was, the singing is what crowned this excellent show. With the aid of a live chamber orchestra, Sarafina’s famous soundtrack comes to life. Helen Mtawali, who plays Sarafina’s mother, steals the show with her African mum routine and her powerful voice. 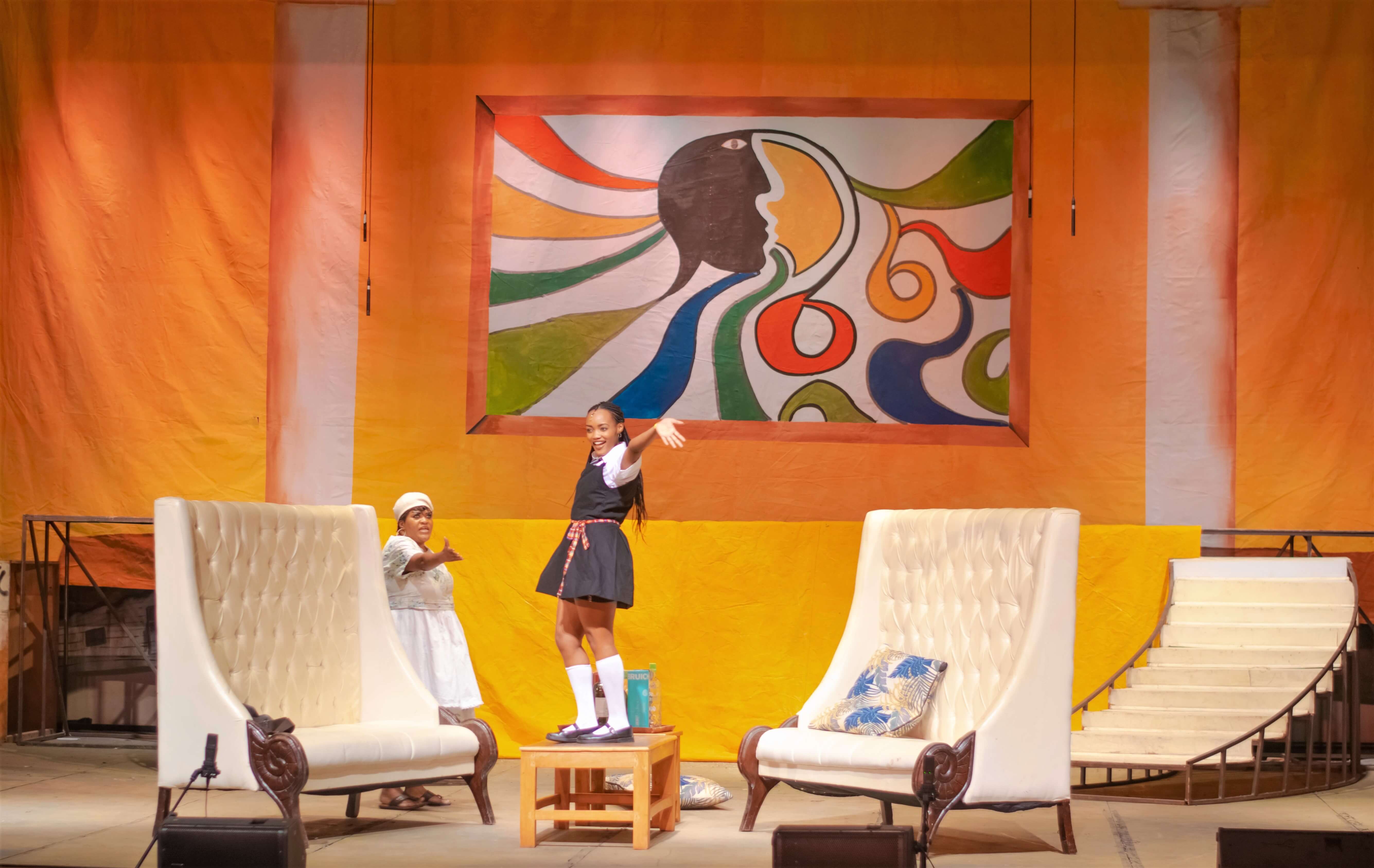 Perhaps the most uncomfortable part of the show is how relatable the story is. Sarafina is, at heart, an anti-apartheid story focusing on what the students were doing to fight the oppression they were facing. Frustrated by their elders’ apathy and inaction to Boer occupation, the students resort to actions such as boycotting the Boer businesses and burning down Boer-led schools. This leads to frequent infighting among native South Africans, and the subsequent deaths and disappearances of those leading the fight against apartheid.

Sarafina the musical is like an extended version of the film; one that you shouldn’t miss. The chilling final words in the play “The struggle continues” serves as the most powerful political call to action I have seen in recent years.

Nash’s company is successfully taking theatre to greater heights and has been on an upward curve since their Jesus Christ Superstar showcase. His theatrical productions Nairobi Half Life and The Lion King, slated for next year have audiences waiting with bated breath.

The next showing of Sarafina runs from the 25th-28th of July. Buy tickets here.