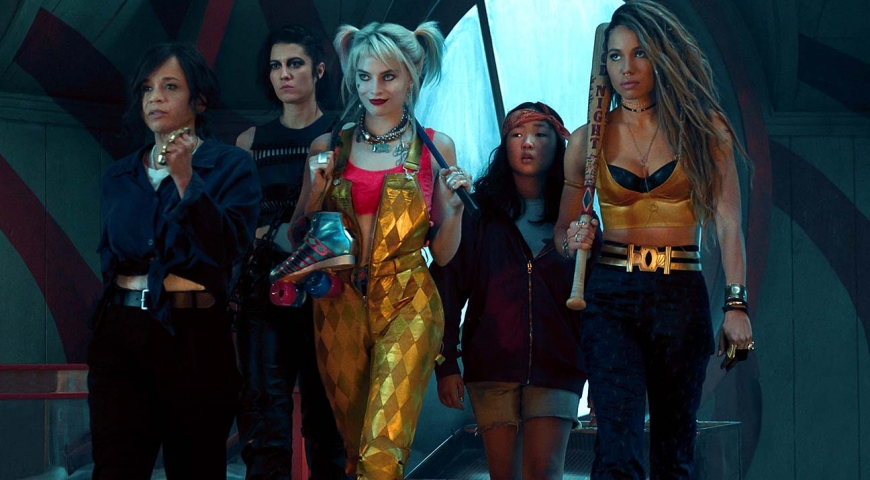 Birds of Prey (and the Fantabulous Emancipation of One Harley Quinn) is a 2020 American superhero film based on the DC Comics team Birds of Prey. It is the eighth film in the DC Extended Universe, and a follow-up to Suicide Squad (2016).

Since the events of Suicide Squad, Harley Quinn has ended her relationship with the Joker. When Roman Sionis, a narcissistic crime lord known as Black Mask, places a hit on a young girl named Cassandra Cain, Gotham City turns upside down looking for her.

Harley joins forces with Black Canary, Huntress, and Renee Montoya, (an LGBTQ detective disenfranchised by Gotham PD) who comes on board to work with the other three girls to take down Black Mask.

The bones of the plot: I’d describe it as a breakup movie starring the unhinged Harley Quinn recovering from being dumped by the Joker. She soon finds out that Gotham City is packed with newly emboldened enemies after her. Most significant of these is Roman Sionis aka black mask.

Here’s the thing, Wonder Woman and Captain Marvel movies were all about powerful female-superheroes who offered the ‘feel-good empowerment’ of earnest fantasy. Birds of Prey offers the empowerment of utter chaos. The women in this movie are badass and just don’t give a F!

It’s action-packed, super violent (not recommended for the kiddos), cartoonish and a riot for the most part. If you’re looking for a movie with manic energy and less substance….this is it!

• Cassandra Cain is a badass pickpocket!

• The crossbow Killer is hilarious.

•  The flashbacks gave me whiplash.

Quinn has an unusual pet in her apartment

What did you think?

Back to movie Buy Ticket
Advertisement