AfroStringz releases a unique Afro Remix to the Hip Hop classic “Trap Queen” – the single that put rap artist Fetty Wap on the map reaching number two on the US Billboard Hot 100 in 2015, and leading to his record deal with 300 Entertainment.
Fetty Wap has approached Miri Ben-Ari back in April to collaborate on a live performance of the song for an award show, and Miri instead suggested to flip it “Afrostringz style”. Fetty Wap fell in love with this new version that kept the classic feel of the song with a romantic upbeat production of lush strings and Afro House beat. 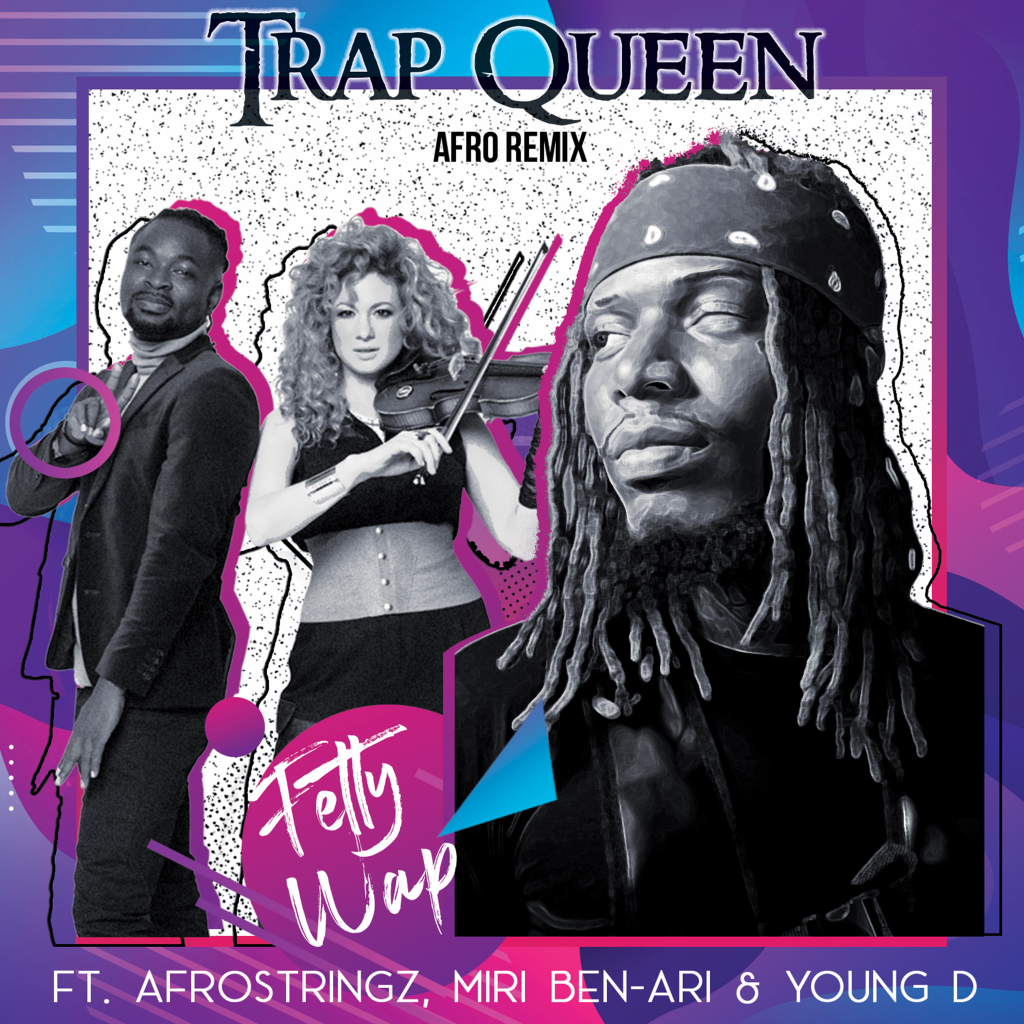 AfroStringz  brings together two worlds, a fusion of African music with strings sound, a multicultural entertainment experience that is unique, different and powerful.

Speaking of Trap Queen Afro Remix release, Afrostringz say, “The challenge was in flipping a Hip-Hop classic “Trap Queen” and keeping it classic. We used our Afrostringz unique sound and production for this Afro Remix. Our goal is to promote African music in America and create a world that has no limits, especially nowadays where the world needs harmony more than ever!”

Miri, who was familiar with Young D.’s production for the song “Bom bom”(Timaya ft Sean Paul), met Young D  in the music studio to collaborate on a few songs. The two quickly realized they have created a unique product and sound.