Broken Bones and Steamy Sex Scenes: What Exactly Do Movie Stuntmen Do and Earn?

If you’ve seen Justice League, you were definitely taken in by Batman’s action scenes. But for most of those breathtaking flips, kicks and jumps, it wasn’t Ben Affleck who was behind the famous Batman suit. His stunts were performed by Richard Cetrone, a Hollywood stuntman.

Stunt doubles make their money by performing the physically dangerous scenes that most of the A-list actors would rather skip – because, you know, their God-chiselled bodies are too precious to risk. CGI and special effects are included in post-production to make it look like it’s the star actor or actress performing the cool stunts. 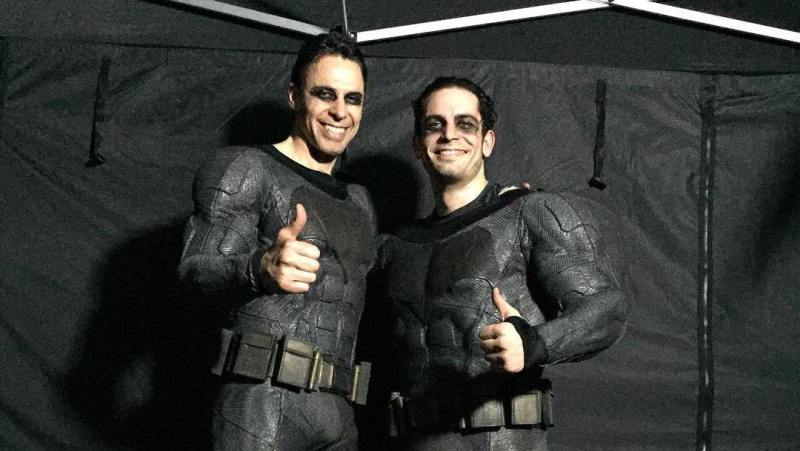 Kenyan-born Kiran Shah is one of the most famous and accomplished stuntmen in Hollywood. He was the scale double for Elijah Wood’s Frodo in The Lord of the Rings movies and also doubled for Martin Freeman as Bilbo Baggins in The Hobbit movies.

Some star actors are known to do their own stunts, more famously action actor Jackie Chan who started off as a stuntman himself in Hong Kong films. In the process, he has suffered a long list of horrible-sounding bone breaks including a broken breastbone, broken eyebrow bone, cervical spine damage, to add to four nose breaks.

Other Hollywood actors who do their own stunts include Tom Cruise, Keanu Reeves, Angelina Jolie and Jason Statham.

So, what do stunt double do on a film set?

Stuntmen and women work with the director and movie producers to perform stunts in place of actors and actresses, mostly during the shooting of fight scenes, car chases and crashes, hanging off of heights, and falls. It’s not always that they are called upon for dangerous stunts only.

Sometimes stunt doubles stand-in during dance choreography, sex scenes or nudity that the actors can’t perform. Natalie Portman famously got embroiled in a dance double controversy for her role in Black Swan which she won an Oscar for Best Actress. Game of Thrones’s Lena Headey used a body double for Cersei’s walk of atonement scene in which the character walks fully nude in crowded streets.

But even in an advanced film industry like Hollywood, with all safety procedures put in place, a career as a stunt person is still a matter of life and death. As evidence of Jackie Chan’s mind-boggling list of injuries, accidents do regularly happen on set, sometimes even fatal. In August, a stuntwoman named Joi Harris died after a freak motorcycle accident while filming for the upcoming Deadpool 2.

Being physically fit is a career necessity as a stunt performer. This means that they are always in good shape. Don’t we all want this? And of course, if you’re at the apex of your career, you get to play iconic characters like Batman, and interact personally with some of Hollywood’s biggest names. The money is not bad too. But, it’s on the meagre end of the scale when compared to what the movie stars earn. According to a report by The Hollywood Reporter, big-name actors like Ben Affleck may earn up to $20 million for starring in a single big-budget movie like Justice League. In comparison, a stunt double earns an average of $70,000 – an entire year.

In July this year, a stuntman on the set of Walking Dead passed away. John Bernecker suffered massive head injuries from a fall while filming the series. There has also been discrimination of women who are interested in a career as stunt performers. Last year’s Fate of the Furious had 27 male stunt drivers and only 4 women.