Mark Tacher and wife Cynthia Alesco are now divorced. Mark Tacher got engaged to the upcoming actress in December 2017 and they got married in 2019. The couple was planning to have a church wedding later in the year but instead cancelled it and announced their divorce.

The couple was rumored to  have separated after rumors of Mark Tacher having an affair with Operacion Pacifico co-star Majida Issa surfaced. Cynthia Alesco confirmed the news of the separation during an Instagram Q&A session where fans asked about the status of her relationship with Mark Tacher. The actress confirmed that they were filing for divorce and would no longer have the church wedding. Mark Tacher also spoke on the issue later, claiming that their separation was due to irreconcilable differences. 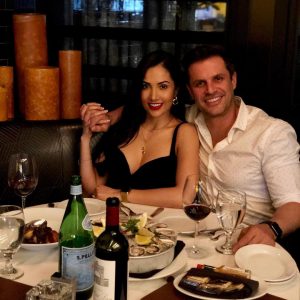