Maisha Magic begins its search for ‘The Ultimate Comic’ 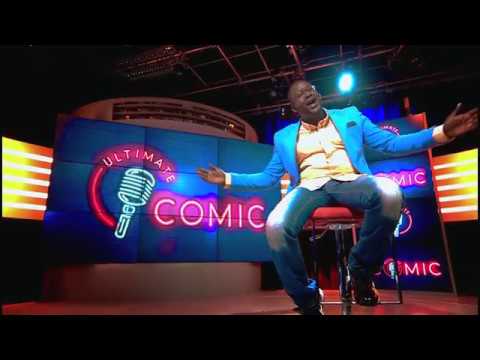 Maisha Magic East in partnership with Daniel ‘Churchill’ Ndambuki is in search of Kenya’s ‘Ultimate Comic’. The new reality show dubbed Ultimate Comic is a televised stand-up TV comedy show which aims to find one rib cracking stand-up comedian between the age of 18 and 50 to perform comedy acts on stage, created by themselves.
The hunt will begin through auditions in four major towns in Kenya beginning in Mombasa from today, 22nd & 23rd September, then moving to Kisumu City on 29th and 30th September. Auditions will be held in Nakuru on 6th and 7th October and finally Nairobi on 13th and 14th October. Maisha Magic East Head of Channel Margaret Mathore says, “The Ultimate Comic is a platform that Maisha Magic East is offering, for local comedians to showcase their talent. We strive to deliver the shows that people love into their hands and their living rooms while using our influence and resources to play a positive role in Africa. We remain committed to helping to grow our local people and creative industries. This show is a continued sign of that commitment by Maisha Magic East.”Following the auditions, 40 successful comedians from across the country will be shortlisted to take part in the

This show is a continued sign of that commitment by Maisha Magic East.”Following the auditions, 40 successful comedians from across the country will be shortlisted to take part in the knockout stages and live shows before the grand finale scheduled for March 2018. In the winner takes all show, The Ultimate Comic will have a hefty task of not only bringing rib cracking stand-up comedy to convince the judges of the show that they are the funniest person but will have to win the love of the whole country to garner votes for the top position.Judges include renowned comedians Tony Njuguna, Felix Odiwuor popularly known as Jalang’o and radio host Massawe Japanni.

The shortlisted comedians will also receive mentorship by various top personalities among them Charles Bukeko, aka Papa Shirandula, MC Jessy, Abel Mutua, Sammy Mwangi, Victor Ber, Carolyne Adong’o and Obillo Ng’ongo. The Ultimate Comic aims to grow new talent in the comedy industry and accord a chance for both the young and old alike to realize their dreams. The call for auditions is open for comedians aged between 18 and 50, with fresh rib cracking ideas and jokes that will make for good quality entertainment. The winner of The Ultimate Comic will not only have the title Ultimate Comic, but they will also walk away with a TV contract, one million shillings and a car in the winner takes all competition.The Ultimate Comic show will air on Maisha Magic East from Saturday 4 November 2017 at 8.30pm. It becomes the 5th of the 15 local shows to launch on Maisha Magic East for the year 2017/2018 with an aim to promote local production and in turn support local talent in the film industry. The new comedy reality show will air exclusively on Maisha Magic East on DStv channel 158 and GOtv channel 4 air every Saturday at 8.30pm

I’ve Known You All My Life: Vera Released from Prison