Low Self-esteem Made Me a Teen Mother

Article by Olivia Mureithi
||
Posted: October 24, 2017
Sex & Relationships
I was in a boarding school and whenever we got back, I would quietly eavesdrop on my roommates conversations about how they had met their boyfriends, gone out on dates, and kissed.

Some of the stories were unfathomable to my timid mind one girl told her friend how her boyfriend kissed her on her lips, neck, navel, and then down there.

I was shocked. While I was spending my holidays going for church camps  which was the only place I felt accepted as there were girls who were experiencing the fun that comes with blossoming into a young woman.

Why doesn’t anyone notice me? I would always ask myself

I would be left at a corner, sticking out like a sore thumb â€“ the fat, geeky girl no boy noticed.

It took a toll on my self-esteem and I started looking for ways to fit in. During the next holidays, I decided to shake things up. It was time for me to stop being a spectator in the relationship game and become a participant.

My parents frequently traveled and I was often left with our house help, so one weekend when they were away, I decided to visit one of those night clubs I had heard about. For a grown ups. You know the ones, where girls fake their IDs and pretend to be over 21 to get in?

But I didn’t need to make a fake ID I had often been told my weight made me look at least 5 years older. So despite only being 16, I checked in at the club without the bouncer asking for identification. I just walked in.

I took a seat at a counter and it didn’t take long before I courted someone’s attention; albeit for the wrong reasons.

I was skimpily dressed I wore a mini skirt and my cleavage was out for everyone to see.
I was excited by the attention and one thing led to another.I went to his house and had unprotected sex. It was nothing like I had imagined. I didn’t like it. It was painful and rushed.

And the guy chased me out of his house after he was done.

When I went back to school, I didnâ€™t talk about what happened. I thought I would feel proud to tell the story, but I was embarrassed.

Week after week passed and I didnâ€™t get my period. And all of a sudden, I started to feel nauseated.

When we closed for the holidays, the first thing our househelp did when she saw me was pull me aside and ask if I was pregnant. I thought she was crazy.
But when I googled for early signs, I seemed to tick every box.

I was scared stiff. But our househelp was comforting â€“ she had become more of a mother to me since my parents were hardly ever at home. She bought me a pregnancy test and told me how to use it. And my worst fears were confirmed â€“ I was pregnant at 16, just a year before I completed high school. 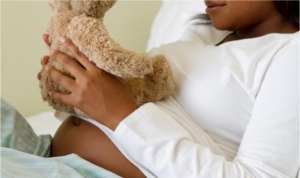 Fast forward, I broke the news to my parents, dropped out of school and gave birth to a boy. My parents were disappointed, but strangely enough, they supported me.

I had postpartum depression and wanted my baby to disappear. Then I hated my body more than I had before. If I was fat before, I now felt like an ogre; I was obese and had stretchmarks everywhere  on my stomach, thighs, legs, and arms.

Why?! I couldn’t even remember the father’s name, nor did I have his phone number.

The thought of going back to school terrified me. But I did. And hated every bit of it. Girls were getting ready to enjoy their lives, while there I was a mother at 17. I was bitter.
When I completed high school, I stayed at home most days and even contemplated suicide, but I didn’t have the guts to go through with it.

I didn’t want to go to college, so my mother reached out to one of her contacts and got me a job at a PR firm. But my mind was not at peace as I thought about how I was missing out on life.

So I skipped work so many times that I got fired.

One day I just woke up and told myself I couldn’t keep living like this. I had messed up, but I had to take control of my life.

I enrolled for college and thanks to our supportive house help who took care of my baby, I was able to focus on school and I graduated and got a job.

This time I was focused.

It has been six years now and I’m now comfortable in my skin. I am nothing like I used to be a that shy girl with no self-esteem is dead and gone.

Sometimes I think things fell apart so they could come together.