From budding football starts to Actresses and Social media influencers, here are Kenyan kids we expect to really blow up in 2022

Teen sensation  Brian Ngolo graduated from playing for Ligi Ndogo and his skills got him to KCB FC this year. Brian is a brilliant player who’s getting the attention of talent scouts and we might wanna keep an eye on him to see what 2022 has in store for him. 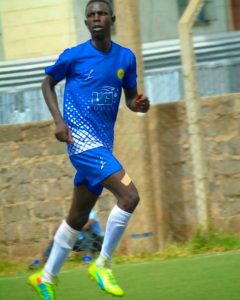 Nyambiya Syekei (8) and Angel Achieng (9) are minor characters who play the roles of two sisters, Lila and Fila respectively in the hit show Zora that premiered March 22, 2021 on Citizen TV.

Syekei is a singer, gymnast and a dancer. She is an alumnus of the Red Forth Kids choir and has made numerous covers including; Colours of the Wind and Someone you loved.

Achieng is an actress, singer, gymnast and dancer. Six months ago, she released a Christian worship song called Holyspirit.

These two girls have been lauded for their acting skills and are expected to awe audiences with more acting roles coming their way in 2022.

Olive, six, and Marley, three, whose mom, Tatiana Karanja famously known as Mama Olive, is the center of a lot of media buzz as videos of her cute girls get shared on parenting handles in the U.S. and even got a shoutout from actress Gabriel Union!  These mini influencers are gearing up for an exciting 2022 and we’re here for it!

Mukami: A Story of Hope and Resilience

“Scream 5”: Blast from the Past