On 14th August 2019, Cabinet Secretary from the Ministry of ICT, Mr Joe Mucheru graced a policy roundtable meeting as the Chief Guest in an event hosted by Kenya Film Commission as part of the on-going Indian Film Festival in Kenya. The event was also attended by Indian High Commissioner to Kenya H.E. Rahul Chhabra among other high-ranking government officials. 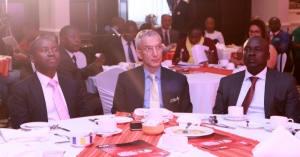 “I am pleased that the Indian filmmakers have enjoyed their tour in Kenya. H.E. President Uhuru Kenyatta is also pleased that you visited the country and enjoyed your stay here. He has expressed interest in hosting you again. 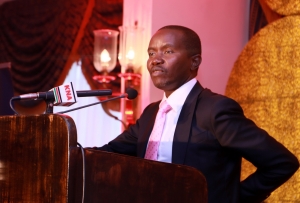 We look forward to having a co-production between Kenya and India as we continue exploring our collaboration.”

Kenya Film Commission (KFC), in its bid to market Kenya as a filming destination for local and international filmmakers partnered with the Indian Film Festival Worldwide (IFFW) to host the festival in Kenya, a first of its kind in Africa. The festival aimed at being a bridge between India and Kenya and to strengthen the India-Kenya partnership by boosting commerce and film.

While speaking at the same forum, H.E. Rahul Chhabra noted that;

“I am delighted that Kenya Film Commission and the national government have shown great support for this festival since the beginning. I really look forward to expanding our areas of collaboration.” 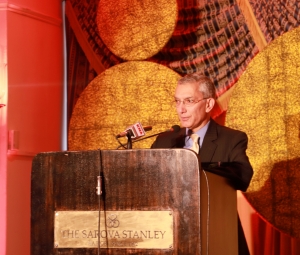 IFFW Kenya serves as a platform to promote Kenya by showcasing our locations through film productions which will in turn make Kenya the preferred destination for the new generation of Indian filmmakers and travellers who seek different locations for bringing about freshness in their creative ventures, recreation and film.

“Hosting the inaugural Indian Film Festival in Africa is a milestone achievement for Kenya that we must celebrate. This signifies to the world that Kenya is ready for film business,” says Mr Timothy Owase, Chief Executive Officer Kenya Film Commission.

The festival has attracted renowned Bollywood actors, producers as well as policy makers who have expressed interest of producing at least four major films in Kenya. 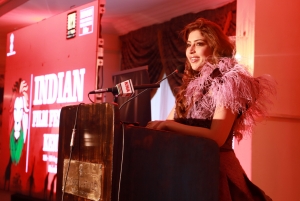 Kenya Film Commission has facilitated a location scouting tour for the visiting filmmakers in a bid to showcase the breathtaking landscapes and wildlife that will eventually aid in the film production. The filmmakers have toured various destinations like Maasai Mara – the Seventh wonder of the world, as well as Nairobi and Mombasa counties.

As part of the festival, the Commission organized the roundtable meeting to discuss policy framework aimed at promoting and creating an incentive package that will attract foreign investment in film business in the country. During the festival, there has been networking sessions aimed at sharing knowledge, skills and ideas among filmmakers. These sessions were put in place to ensure that local filmmakers are empowered to produce quality content that can traverse the borders of our country and compete favorably in the international markets. 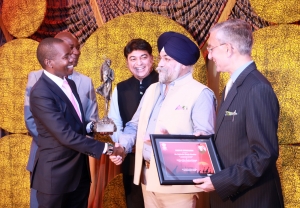 Capt. Rahul Bali, while making his opening remarks, notes that cultural cooperation always leads to commercial cooperation. Indian filmmaker Mr Rahul Mittra affirmed that he will be shooting a big budget film in Kenya next year.

Film is indeed one of the greatest contributors to the country’s GDP and thus generates wealth and job opportunities for the youth. Film, being an export product for the country, also ensures that the Manufacturing Pillar of the Big Four Agenda of the Kenyan government is realized.

Kenya Film Commission is constantly engaging other relevant government agencies and policy makers in a bid to advocate for legislations that are conducive to developing a vibrant film industry.