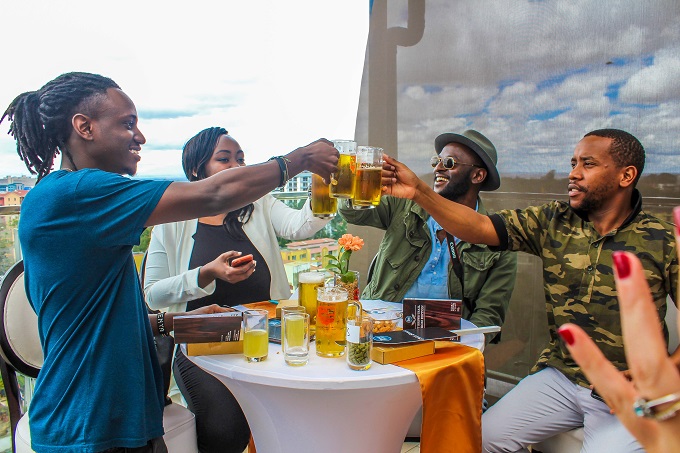 One of Marriott International’s fastest growing hotel brands celebrates beer around the globe with a stop on the African Continent for a unique day.

Four Points by Sheraton, a booming Marriott International hotel brand known for its love of beer, embarked on the Nairobi leg of it’s global trip discovering the world’s Best Brews. The journey kicked off at the new Four Points Hurlingham in a trail that culminated with an exclusive preview of the soon to open, Four Points by Sheraton Nairobi Airport.

Four Points’ Best Brews Around the World celebrates the brand’s signature initiative, a dedicated program in which each of the brand’s 225+ hotels around the world showcases a local, craft beer which has been chosen based on taste, popularity, quality and proximity to the property.

A Best Brew is available on tap at each Four Points, offering travellers an authentic taste of local beer culture wherever their travels may take them. This year’s global trail kicked off in Manhattan, followed by Cancun Mexico, Okanagan Valley Canada, Melbourne Australia, stopping off in Nairobi and culminating in Barcelona, Spain.

As the only city on the African continent to be joining this trail, Four Points by Sheraton, Nairobi is excited to showcase our love for beer and travel to the international community.

In Nairobi, they have collaborated with the Big Five Breweries, who run the popular Brew Bistro pubs, to create a signature craft beer that carries serious flavour.

An exciting day of adventure commenced with a tasting of the signature Four Pills brew along with a cook-off beer inspired lunch at the Four Points by Sheraton, Nairobi Hurlingham.

This was followed by a private tour of the Big Five Breweries micro-brewery. Naturally, no trail in Nairobi would be complete without taking in the views of the National Park and scenic green savannahs. Guests were treated to a surprise helicopter ride crossing the city and out to the Ngong Hills.

The trail culminated with an exclusive preview at the Four Points by Sheraton, Nairobi Airport hotel where our influencer were put to the test with their beer knowledge in a blind- tasting conducted by Master Brewer Aleem Ladak. Acclaimed graffiti artist Bankslave was also on hand to share a live-art piece around the day’s activities.