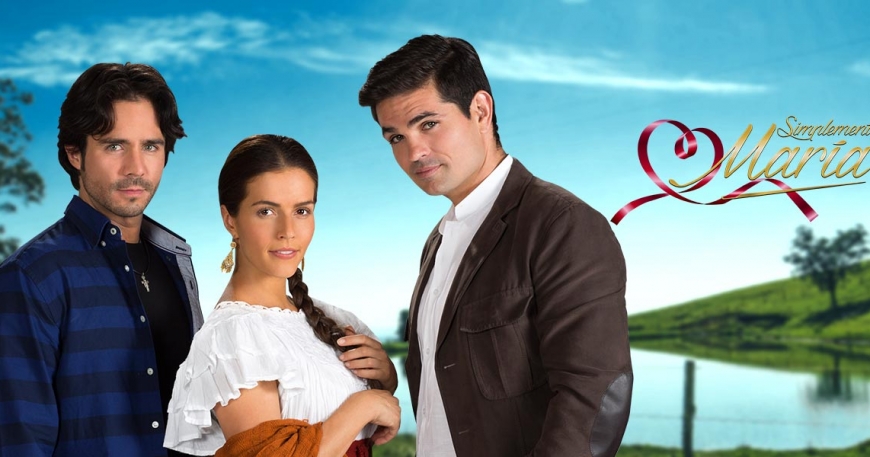 Simply Maria (Simplemente Maria) is the new soap opera that has replaced the concluded Road to Destiny on Citizen TV’s 8.00pm time slot.

Simply Maria is a 2015 production by Televisa who were also behind popular shows like Passion & Power and Don’t Mess with an Angel. It stars Claudia Alvarez as Maria, Jose Ron as Alejandro, and Ferdinando Valencia as Cristóbal.

The story revolves around the young and beautiful Maria who had to leave her family after a local man called Isauro tricks her father into a gambling debt that he is unable to pay. He asks to be given Maria as payment for the debt but Maria opts to leave for the city and get a job so that she can pay the debt.

In the city, Maria meets the young Alejandro who she falls deeply in love with in spite of her friend’s warning against trusting Alejandro. Cristóbal is a teacher at the local school and since Maria was not able to go to school because she had to take care of her siblings, he offers to teach her.

We are still in the first stages of the show as the backstory is still unravels, but the story looks promising. The one thing I’m still not comfortable with is that Maria’s naivety borders more on stupidity, but I guess it will make it easier for the dashing Alejandro to take advantage of. It is definitely a show worth getting into early.

Tell us what you think about the Simply Maria thus far.