Christian Meier is a Peruvian actor known in the Telenovela world for his work in La Tormenta and La Malquerida. The actor will however take on a different role in FOX’s new series, El General Naranjo.

The chronicles 35 years of the life of Oscar Naranjo, a Colombian officer dedicated to fighting against drug trafficking in his country. The officer is hailed for fighting Colombia’s drug cartels including ending the domination of Colombia’s drug lord, Pablo Escobar.

Christian Meier stars in the series as Officer Oscar Naranjo alongside other latin actors such as Juliana Galvis and Diego Cadavid. The series is set to premier on May 24 will be divided into have 3 season with 60 episodes. 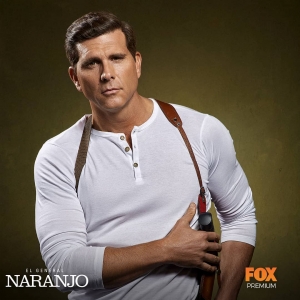