‘Chef’ Movie Review: The Nawab Pounces Back with a Hot Meal on Wheels

The Nawab, as his title is, Saif Ali Khan has been out of action and his last film Rangoon bombed at the box office, so he really needs a hit. He takes a risk with the Bollywood remake of the Hollywood film Chef (2014).

He is in safe hands because this Bollywood version has been directed by Raja Krishna Menon, who has already tasted success because of his most recent hit starring Akshay Kumar, titled Airlift.

Chef is about an ambitious chef Roshan who moves to New York to make his Michelin stars dream come true. His young wife Radha supports him and soon they become parents of young Armaan, who they fondly call Ari. But Roshan remains selfish and soon there is a separation. Radha and Ari move back to Kerala, India. After a few years, he gets fired and his friend advises him to return to Kerala and spend quality time with his son.

When he returns to Kerala he and finds that Radha has a new beau. He can only win her back by finding his passion for cooking again. Here’s when the Hollywood version kicks in. They both restore an old food truck and decide to travel the miles while running a mobile restaurant. Their son joins in. 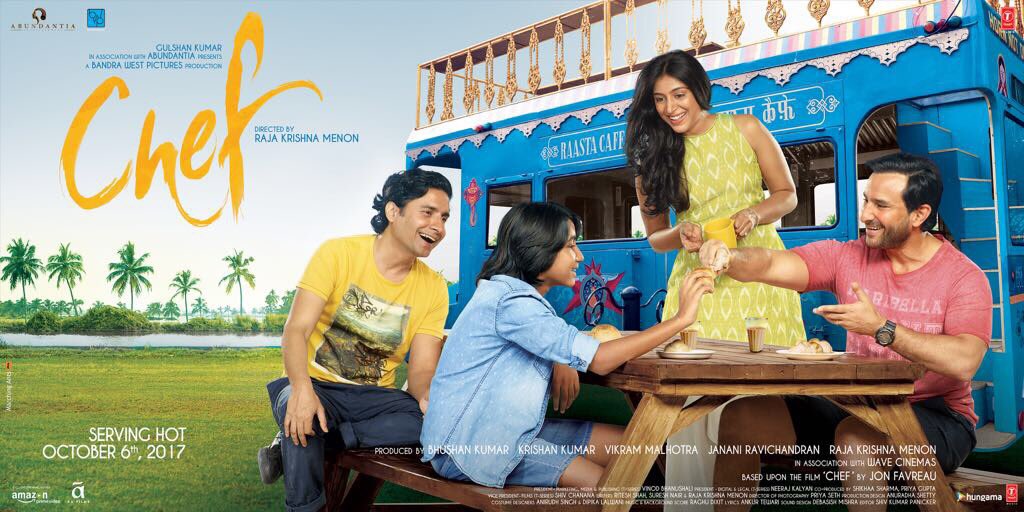 Will Roshan accept his own father’s bitterness about him running away to become a chef? Will he win his wife’s affection back? Will he remain Ari’s father? All these interesting uncertainties bring out the best in Roshan. Saif performance here recalls his role in hit film Cocktail. Saif is at home with real life urban situations and he wins you over as a modern papa.

Playing opposite him as his ex-wife is Padmapriya Janakiraman who is a successful Malayam/South Indian actress and is making her debut in Hindi films. She is cool but there are missing moments of drama from her, and whenever she raises her arms you notice her undone armpits. Sorry lady, you missed the grooming. The chemistry between her and Saif is just ok. Ari is played by newcomer Svar, and he does a credible job.

In the end, Chef belongs to Saif Ali Khan and for that it is a must watch.

Mukami: A Story of Hope and Resilience

“Scream 5”: Blast from the Past