I was looking for a laid back, lazy Saturday afternoon read. Nothing too involving, but entertaining. I just wanted to be told a ”Once upon a time” kind of story. And that’s how I ended up choosing Grace Ogot’s book- The Strange Bride. 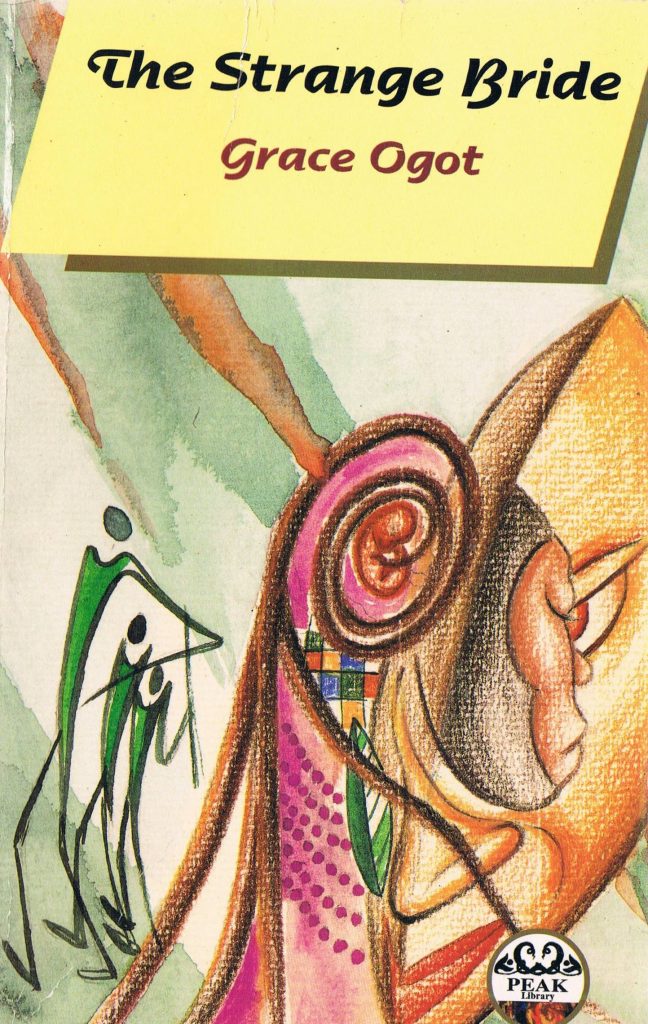 And it delivered. The Strange Bride starts off with a community that used to enjoy abundant food. Rules and customs were passed on from one generation to the next and the gods were appeased. People didn’t even physically farm: their God gave them a hoe that they placed at their farms when planting season began.

The conflict is introduced halfway into the book, and it’s a gentle reminder that even past communities had issues they were grappling with. That their young ones wanted to defy norms as well. That their teenagers also wanted to try out new fashion styles. And that beauty, a woman’s beauty, has always been used to defeat kingdoms.

What I loved most was the detailed explanation of how this community did weddings. It was so elaborate and celebratory. The author makes you feel as if you are there as they negotiate bride price, as they prepare the baskets of sorghum, but most importantly, as they sing and escort the bride to her new home. It is riveting!

What I didn’t expect was to feel drawn into the conflict. The way the story is told, it leaves you wondering whose side you are on; the bride’s or the community’s? It makes you question your view towards hard work and wonder what your opinion towards the issue would have been if you had been there?

For fast readers, the book takes around 3 hours. And it’s simple but engages your mind. I would definitely recommend it to people who enjoy folk tales. It’s also a great story to tell to your children.

This review is by Mwende Kyalo. Read more of her reviews here.

*It’s almost 6 years to this date since Grace Ogot passed on. This literary icon had an interesting career spanning from teacher to nurse, diplomat to member of Parliament, cabinet minister to broadcaster (with the BBC – no less). But it was her writing that propelled Ogot to fame. She was the first African woman to publish short stories in English and is often referred to as ‘the woman who took the African story to the world’. Grace’s works have gone on to have a powerful influence on the East African literary journey