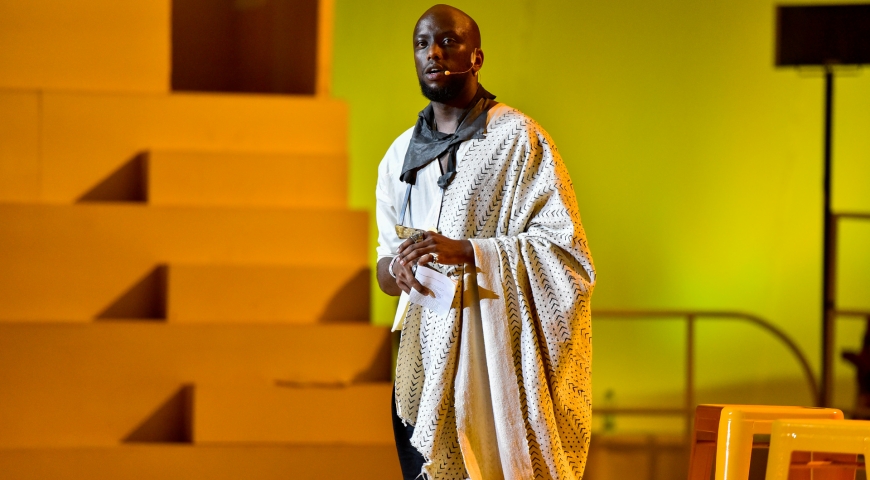 But working on this project unearthed a new creative awakening in Sunny. He began to dress models in original pieces that had been locally designed and produced; using the project as a platform to both showcase and address some of the challenges faced by local designers

Since then, he co-founded The Nest Collective, a multidisciplinary Kenyan squad working with film, fashion, visual arts and music.

We caught up with him to discuss part of his story and the process of his fashion evolution.

KB: How did you transition from a hotelier into the fashion disruptor you are today?

SD: I’m a trained hotelier, but have been interested in fashion for as long as I can remember. When I was in university my friend Jim Chuchu called me to assist him on a shoot. That was my first ever styling gig. Shortly after that, we started Stingo -a visual fashion experiment. We did the shoots and released the images online. There was nothing like it at the time, so it got quite a large following very quickly. I was also incredibly lucky to have worked at a hotel that was genuinely interested and invested in the holistic growth of their employees. So even while I was still working, I was still able to juggle a lot of freelance editorial styling jobs.

KB: You once said, “far beyond the commercial viability of the sector, I believe that fashion remains one of the most complex languages of human expression”.  Seeing how creatives are scoffed upon in this country, did you ever get a lot of unwarranted remarks like ‘’Stay in school, kid’’, ‘’What’s a stylist?!’’ or ‘’Get a real Job!’’ And how do they like you now?

SD: I got a lot of ‘What’s a stylist?’ when I was starting out, especially because there was maybe a total of four other stylists at the time, so it wasn’t a very well understood field. Many things have shifted since then, and there’s a better general understanding of what stylists do and how they earn money. I don’t think the ‘Get a real job’ comes from a place of malice; there’s always an anxiety around professions that aren’t well known and whose revenue streams are not clear, especially from parents and authority figures who grew up at different times.

There was a time when you’d be scoffed at if you said you worked in computers and tech, but see how much that has changed. There was a time when the arts careers, and even those in sports, were considered to be more hobbies than anything else, but over the years, we’ve seen more and more Kenyans build very successful careers in these fields, and that’s contributed towards shifting the perception of the sector. These evolutions are slow and still ongoing, but they have been significant.

KB: Who were your earliest style muses and who do you work with now?

SD: I don’t really see myself as a stylist anymore, since my curiosities within fashion have really shifted. In the past couple of years, I’ve been moving towards more of a creative director and curatorial role. The work I’ve done so far this year has all been curatorial.

From the International Fashion Showcase which took place at Somerset House in London in February -I was the curator for the Kenya Pavilion- to the Beyond Expectations exhibition in Paris this April -I curated the fashion components, or the ritual I performed at the N’gola biennial in São Tomé in July. In that sense, I don’t quite have muses, but I do have people whose work and practices have inspired me deeply. Koyo Kouoh for instance, who is the current curator at the Zeitz MOCAA in Cape Town, and whose journey and work have been so inspiring.

KB: Let’s delve into The Nest Collective. What’s it all about and how has it enriched the local Fashion industry since its founding in 2012?

SD: The Nest started out as a gathering space for artists and thinkers, and evolved into a group of people from different backgrounds who conceptualised and produced work together across different themes and in different genres.

Fashion is one of the Nest’s favourite areas to work and produce in, because so many things are possible in it, and we’re privileged to know many other practitioners in the field, from models to designers and many others, who enjoy dreaming as much as we do. The Nest Collective also founded HEVA, Africa’s first catalyst fund exclusive to the creative economy.  HEVA has directly invested, given business support and shared technical and other skills with many different creatives, aside from playing a strong role in developing enabling national and regional policy for the sector.

KB: A young starry eyed lass or lad walks up to you and says, “I like nice clothes, is that enough for me to break into this industry as a stylist?” What do you tell them?

SD: Yes, styling is about clothes, but it is more about people and the ways in which clothes are animated by the people who wear them, and vice versa. Clothing is such a powerful tool; if anything, it’s a medium through which we communicate who we are and how we want to be perceived. There’s a book that describes clothing as a ‘social skin’, because it’s the surface through which a body interacts with society.

This surface has the power to determine things like what spaces you are able to access and how people perceive and receive you. One example: the reasons global dignitaries will wear designers from the country they are on a state visit to are diplomatic: they convey friendship, ally ship, respect and appreciation -even to the press, before a single word is spoken, and we saw this last year when Theresa May visited Kenya and attended events wearing pieces from Kenyan jeweller Ami Doshi Shah. So beyond liking nice clothes – because hey, ‘nice’ is subjective right? – it’s important for a good stylist to get a deep understanding of the ways people use clothing, and imagine what it they are able to do.

KB: ‘Mitumba’ clothes probably hold sentimental value for you. How do you feel about the government contemplating on a ban on second-hand clothes imports in the next few years? Do you believe it’ll ‘safeguard our nascent garment and textile industry’ as claimed by technocrats?

The clothes themselves have no sentimental value for me, it’s the markets themselves as a place that was instrumental in finding myself. The ban isn’t happening anymore, after the US government threatened to reconsider the AGOA agreement (which Kenya benefits a lot from) in response. On one hand, the mitumba markets have been quite detrimental to the growth of local textile and apparel sector, but on the other, these markets provide hundreds of thousands of jobs across the country and service a large chunk of the consumer base that wants decent, stylish, quality clothing for survival, work and play. Not many Kenyans have the resources to spend Kshs. 5000 on one or two clothing items. So, until a brand is able to match the mitumba price points (which is close to impossible), it is important that the mitumba and the local T&A sectors exist side by side.

KB: Tell us about (the Nest Collective book), “Not African Enough: A Fashion Book” Is this like Cheikh Anta Diop meets fashion? Break it down for us.

SD: Mr. Diop’s writing is prolific, and it’s quite something to hear that our work evokes him in any way. That being said, black people have not been treated kindly or respectfully by the global fashion industry. We are often viewed as trends and one-offs. Look at the modelling space as one example where only one or a few black people could succeed compared to the sea of talents from other races and continents. The same is true in design, photography, publishing, styling etc. The beauty and diversity of blackness has been treated as debatable and contentious, even by black people themselves, because of these unfair and untrue global politics, and we are so tired of that. We’re interested in making space for ourselves where we are allowed to be what we truly, gorgeously, are, without justification or apology. 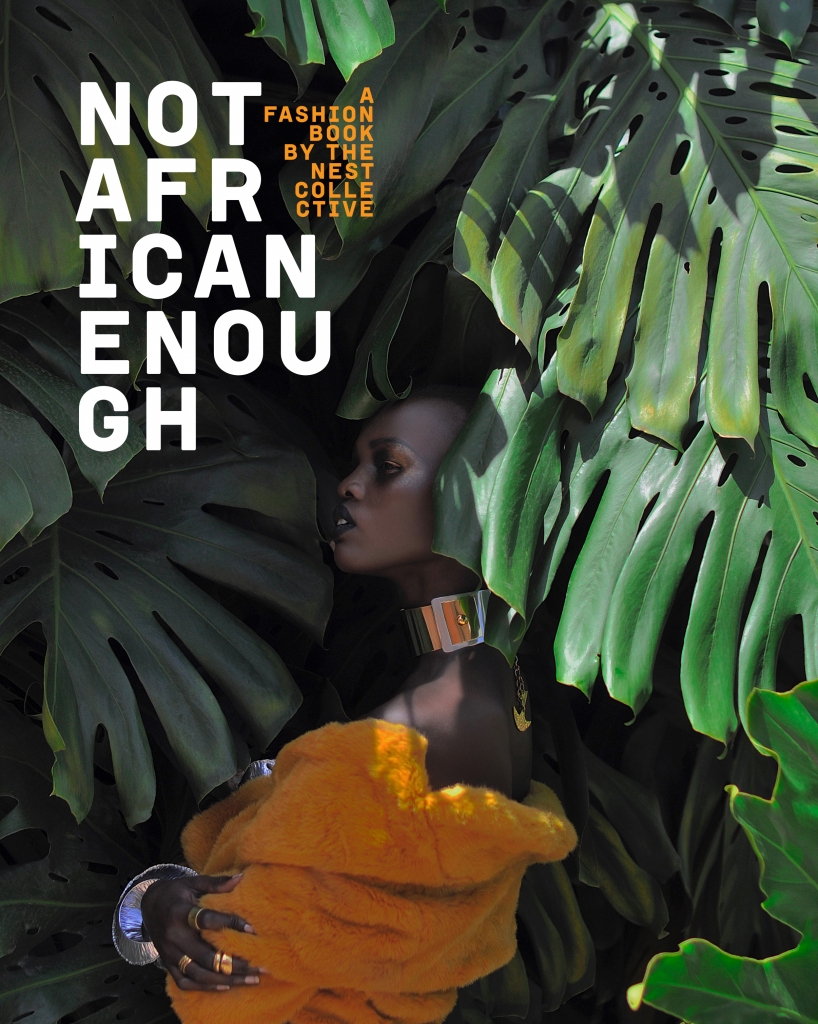 KB: We hear “That’s un-African’’ a lot.  What does being African mean to you?

SD: The accusation of ‘un-African’ is a heavy one, and we hear it deployed often; whether used to police clothing choices – like men for instance, have no business wearing skirts and to do so isn’t African. And yet trousers arrived on these lands from colonizers, so in fact the most African thing an African man can wear, is a wrap, which if you wanted to be reductive, is essentially a skirt.

It is also seen as “African” to enforce restrictive gender ideas that reduce women to more subservient roles in society, which again isn’t true for the whole continent. There are many societies in Africa where women held some of the highest political offices, led armies to victory and conquered lands. “African” for me thus means honesty about the rich complexities of our societies, and an acceptance that we are nuanced and deeply diverse peoples who can still celebrate each other and come together despite massive differences.

KB: Do you sometimes pinch yourself just to confirm if it’s all real? Was this part of the vision board 8 years ago?

Haha, it does feel a little surreal at times. To be honest, I didn’t have a vision board and I had no idea what this path was going to be like, because there was no one for me to look towards and say “I want to be like so and so”. Similarly, I don’t really know where this new trajectory will take me, but there’s also something very exciting about that. 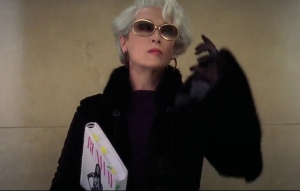