It was truly a series of unfortunate events for the Kenyan comedian Chipukeezy when it was discovered, or rather exposed, that his meeting with the famous African American comedian Kevin Hart wasnâ€™t in fact due to him being discovered by a Caucasian lady (as he had profoundly stated) but in fact through a Kenyan actress, Christine Wawira, who resides in the States.

Christine Wawira took to Facebook to blast the Kenyan comedian on not giving her credit for making the connect and for scamming Kenyans. In the video, Christine narrates how Chipukeezy gave her a call and expressed his admiration for Kevin Hart and how he would like to meet him. Christine then went on to advise him to go to L.A for a book signing the celebrity would be at to meet the star saying that it would be the only time he would get to meet him. Check out the video below: 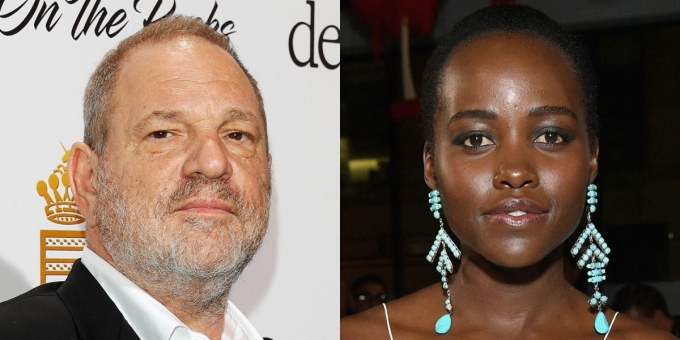 Harvey Weinstein, an American film producer and former film studio executive has recently found himself in a predicament where decades of sexual harassment claims, as well as assault claims have been filed against him. Over 40 women have stepped up and accused him of acting inappropriately, one of them being our very own Lupita. Through majority of the claims, Weinstein remained silent however he issued a statement directly addressing Lupita denying her claims. This response was not taken well with majority of people online, particularly to people of colour because it was translated to be somewhat of a racial attack. 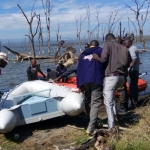 The mysterious crash of the helicopter in Lake Nakuru over the past weekend led to the unfortunate death of 5 people: four men and one woman. The details surrounding the unfortunate event is still yet to be discovered however it was said that they were allegedly on a tour of the town in the early morning hours. 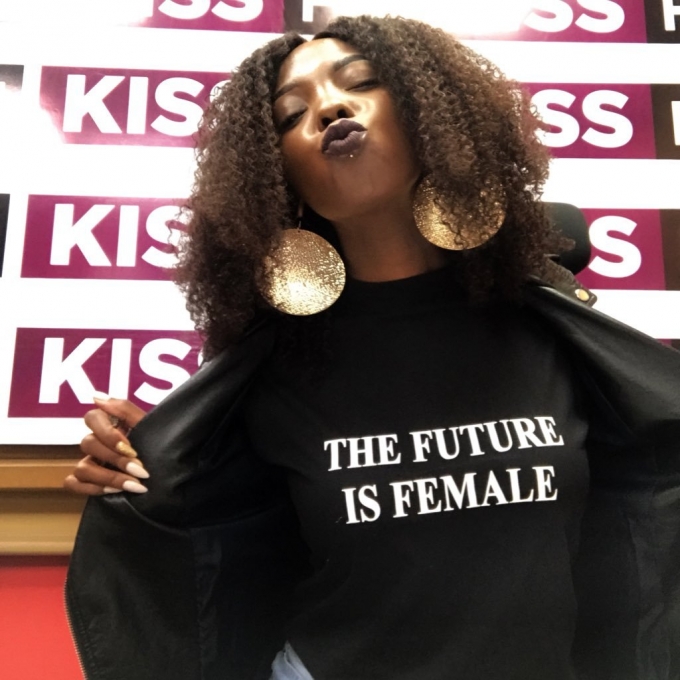 Cyprian Nyakundi, a blogger, commented in the most distasteful way possible towards Adelle Onyangoâ€™s traumatic experience. This in turn put him under fire for the insensitive comment and had many Kenyans, both men and women attacking him for the controversial post. Kenyans rightly came to the support including the likes of DNG and Caroline Mutoko. Adelle on her part share a heartfelt message on social media that raised more awareness about rape culture and basically showing that she’s far much stronger and smarter than her idiotic online troll. Hereâ€™s the nasty comment that got the blogger in hot water: 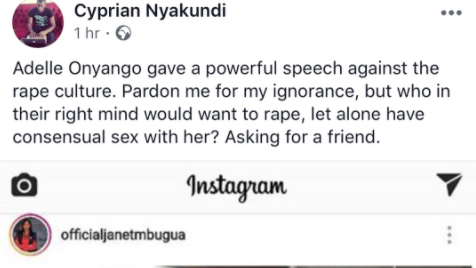