Rock biopic meets musical fantasy in this fabulous rollercoaster of a movie about a little boy called Reginald Kenneth Dwight, who grew up to be Sir Elton John – one of the greatest musical icons of all time. It’s a celebration of the music, the dreams, and the larger-than-life persona that’s made Elton a legend. But it’s also the story of his struggle with addiction, and of his friendship with Bernie, which helped him through.

Celebrated author Joe Castleman (Jonathan Pryce, The Two Popes) is about to receive the Nobel Prize for Literature. As he travels to Stockholm, he’s accompanied to the event by his wife Joan (Glenn Close). Through almost forty years, Joan has played her role as the Great Man’s Wife with grace and diplomacy, supporting his career, championing his work, overlooking his indiscretions, and ultimately, herself. The Wife is a simmering, intimate study of a marriage, of compromise, betrayal and devotion. 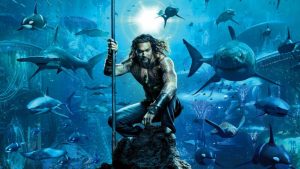 :: 2019 Teen Choice, Kids Choice, MTV Movie Awards, and Academy of Science Fiction, Fantasy & Horror Films nominee
:: #5, highest grossing films of 2018 worldwide
Jason Momoa. There, we said it. What more do you need to know?
Seriously though, Aquaman tells the origin story of DC comic book hero Arthur Curry (played by Momoa), who we saw in 2017’s Justice League. Born to Atlantean-queen mother Atlanna and a human father, Arthur has lived his whole life on land. But when his undersea half-brother, King Orm, threatens war on the surface dwellers, Arthur is called upon to fulfil his destiny and claim his rightful throne.

FANTASTIC BEASTS: THE CRIMES OF GRINDELWALD

Dark wizard Gellert Grindelwald (Oscar nominee Johnny Depp) has escaped and is gathering followers, most unsuspecting of his true agenda: to raise pure-blood wizards up to rule over all non-magical beings. In an effort to thwart Grindelwald’s plans, Albus Dumbledore (Oscar nominee Jude Law) enlists his former student Newt Scamander (Oscar winner Eddie Redmayne). Lines are drawn as love and loyalty are tested, even among the truest friends and family, in an increasingly divided wizarding world. 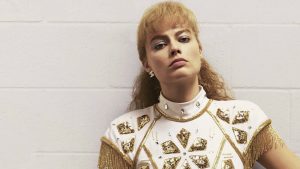 :: Allison Janney won an Oscar, a Golden Globe, a BAFTA and a Screen Actors Guild Award for Best Supporting Actress, with Margot Robbie nominated for all these for her lead role
:: Nominated for a 2018 Oscar for Best Editing

This Oscar-winning comedy drama is based on the life of figure skater Tonya Harding (played by Margot Robbie, Birds of Prey) and the scandal that ended her career. Harding was the first American woman to pull off a triple axel in competition, but her success was overshadowed by her implication in the attack on rival skater Nancy Kerrigan in 1994.

Molly’s Game is based on the true story of former Olympic-class skier Molly Bloom, who ran the world’s most exclusive high-stakes poker game on little more than her wits until the FBI arrested her in a high-profile, middle-of-the-night sting that threatened everyone from Hollywood stars to the Russian mob.

:: Nominated for Best Narrative Feature at the 2018 Tribeca Film Festival
:: Mary Elizabeth Winstead was nominated for Bravest Performance at the 2019 Alliance of Women Film Journalists Awards

Nina Geld has attitude, a brilliant stand-up routine, and the makings of what just might be about to turn into a decent career. Then her love life blows up, complicating everything. Looking to change her life (and escape her ex), she makes the move to LA and encounters a challenge she didn’t see coming in Rafe.

When Connecticut small town mommy-vlogger Stephanie meets fellow mom Emily, she’s instantly beguiled. Emily is beautiful, funny, worldly and mysterious. Then she disappears, and Stephanie takes it upon herself to find out what happened her.