In case you have been living under a rock for the past 48 hours, the greatest show in the world has officially begun, and we are muting the “I am the only person who has never watched GoT” haters because we have bigger battles to fight in Westeros.

Season 8 episode 1 titled ‘Winterfell’ served its purpose and gave us what we truly desired – the long-awaited reunions, some love (and shade), and the much-needed comic relief here and there. A few things we expected like Daenerys being entitled as always and expecting Sansa to acknowledge her Queendom (rolls eyes), Cersei sipping wine (isn’t she like, pregnant?) and Winterfell swarming with outsiders as the Night King and his army of the dead march South.

“You want a whore, buy one. You want a queen, earn her.” Cersei to Euron.

“What is dead may never die…but kill the bastards anyway.” Yara to Theon as he heads to Winterfell to help the Starks fight the dead.

“I used to think you were the cleverest man alive.” Sansa’s reaction to Tyrion’s trust in his sister Cersei.

In short, Game of Thrones lived up to the hype, as it should. 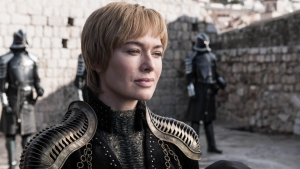 That said, here are our 10 unforgettable moments from episode 1 but be warned, this post is dark and full of spoilers.

Catch Game of Thrones season 8 episode 1 on Showmax or on DStv Now.